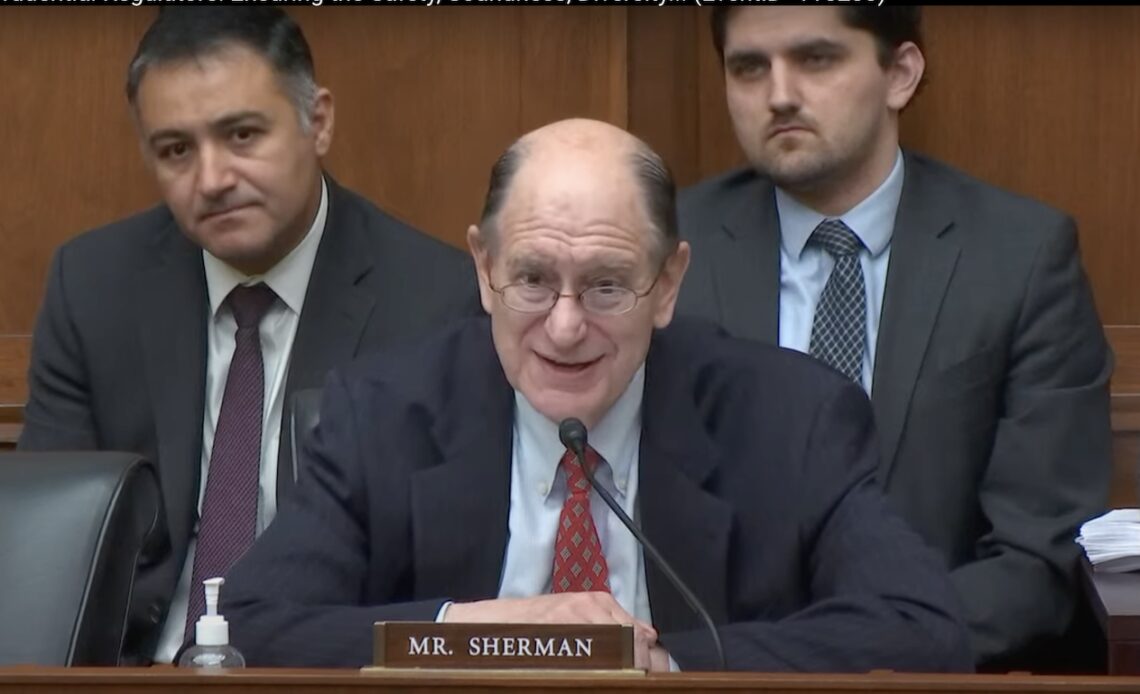 “The crypto billionaire bros are determined to get a light regulator,” said Sherman. “I’m distressed by what I’ve heard from you, gentlemen: guardrails, safe and sound ways to deal with crypto…. you sound like Sam Bankman-Fried, only you’re wearing long pants instead of shorts. What vague pablum.”

According to Barr, the collapse of FTX had “some impact” on the banking sector, calling for Congress to step in and provide regulatory clarity. Sherman pointed to the Basel Committee on Banking Supervision proposing “tough, real standards” for banks to handle crypto assets. Barr, Gruenberg, Harper, and Hsu said they would support regulations of comparable strength in the United States.

Related: Will SBF face consequences for mismanaging FTX? Don’t count on it

The California Representative addressed the same committee during a December 2021 hearing on U.S. financial innovation at which Bankman-Fried was testifying. Sherman warned that crypto firm CEOs “with their lobbyists, their PACs, and their power” threatened regulators’ ability to protect consumers.

Members of the House Financial Services Committee will hold a hearing in December aimed at exploring the collapse of FTX and “broader consequences for the digital asset ecosystem.”