Chainlink Price Consolidates, How Long Will The Bulls Stick Around? 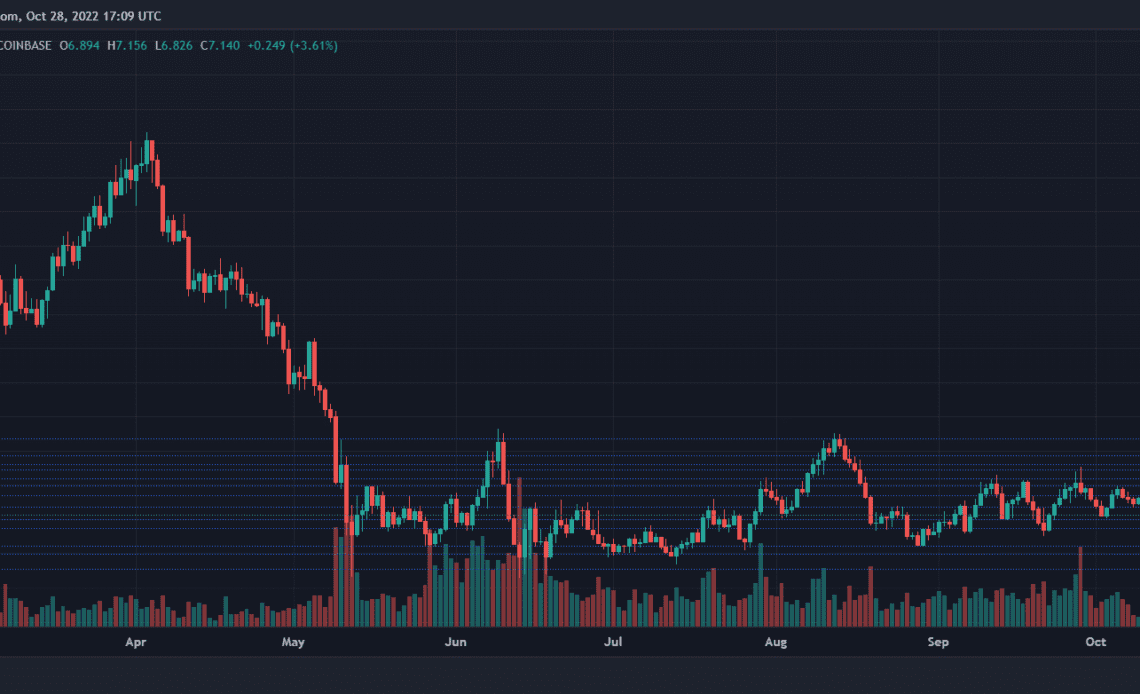 Chainlink price has been moving sideways over the past day. In the last 24 hours, the coin has only increased by 0.4%.

Broader market price sentiments have crept in and many major altcoins have followed suit. In the past week, Chainlink has gained close to 6%.

It continues to struggle within the $7 price zone. For the coin to see bullish force yet again, it is imperative that LINK travels above the $8 price level.

The technical outlook of LINK has also indicated that bullish strength has started to exit the market. Demand for the altcoin has fallen, which has caused sellers to increase in number.

Despite the recovery that Chainlink price registered in the past week, the coin has not experienced positive buying strength.

This emphasized that LINK has to move past its next resistance mark for demand to increase on the chart. If buying strength continues to remain low, Chainlink will soon visit its closest support level.

Currently, the altcoin is trading at an 86% low from its all-time high, which it secured in the month of May 2021.

LINK was trading at $7.14 at the time of writing. The altcoin has been moving sideways over the last 24 hours. This could prove difficult for the bulls as demand for the coin continues to decline.

Chainlink has to break past its overhead resistance of $7.36 and $7.71 to reclaim the $8 level. Once LINK starts to trade at the $8 level, the bullish momentum can re-enter the market.

Continued consolidation will cause Chainlink to move down to its local support line of $7 and then to $6.72. The coin might start to oscillate between these two levels if that happens.

The amount of Chainlink traded in the past session declined, which meant that sellers were back in the market.

Buying strength of Chainlink has consistently remained low for this month. The coin barely registered an increase in buying strength in the last several weeks.

The Relative Strength Index was below the half-line despite an uptick, which meant that sellers were still greater in number as compared to buyers.

Chainlink price was below the 20-SMA line as demand for the coin fell, and sellers were driving the price momentum in the market.

The other technical indicators, however, indicated that buyers could…