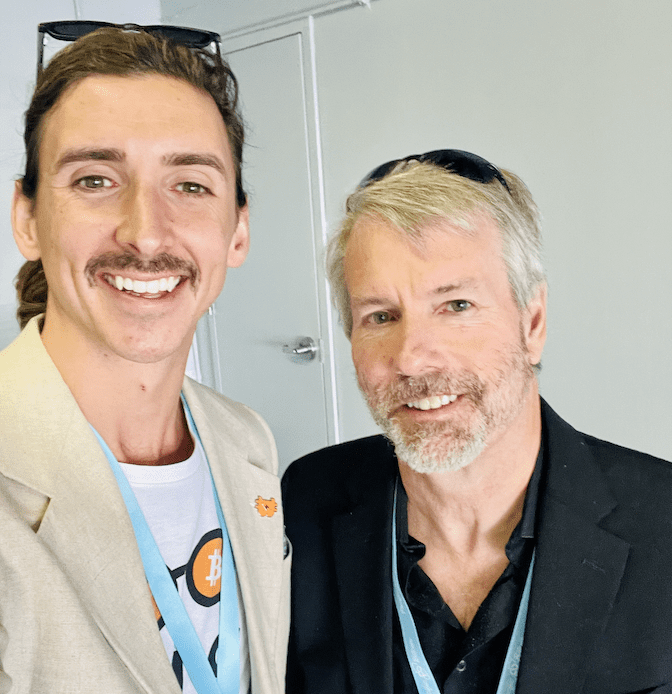 Executive chairman of one of the world’s largest pro-Bitcoin companies, Saylor took a moment out of his busy schedule at the Los Angeles Pacific Bitcoin conference to speak with Cointelegraph. Crucially, Saylor told Cointelegraph that when it comes to Bitcoin, “You have to take a long frame time perspective.”

Dollar-cost averaging is a way of reducing exposure to the volatility of an investment. Saylor continued, “You buy the asset that you want to hold for a decade or longer, which is the long-term store of value.”

At 130,000 Bitcoin, Microstrategy owns 0.62% of the total supply of Bitcoin, as the total Bitcoin mined is restricted to 21 million. MicroStrategy’s entry price is roughly $30,639 per BTC, meaning the technology group’s total investment is substantially underwater — were they to sell for dollars.

However, Saylor is nonplussed about the loss — on paper — of billions of dollars, stating, ““Don’t get caught up and looking the price day to day, week to week.”

The billionaire compares valuing Bitcoin to valuing a home. He joked that “if you bought a house and then every time you went to a party, you got drunk, and then at 11 p.m. or midnight, you walked up and said, How much will you pay for my house? I want to sell you my entire house right now. Someone might say, Well, I’m not really in the mood to buy a house. I’ll give you like half of what you paid for it, and then you’ll go home despondent, saying, I lost all my money.”

Avoid that anxiety, he advised, and if you really do need the money in the next 12 months then it’s not investable capital, instead, Saylor explained, “It’s working capital.”

“A logical model is if you live in Argentina, you’re holding pesos for a month or two, you’re holding dollars for a year or two. You’re holding Bitcoin for a decade or two. And when you think about it in those frequencies and time…