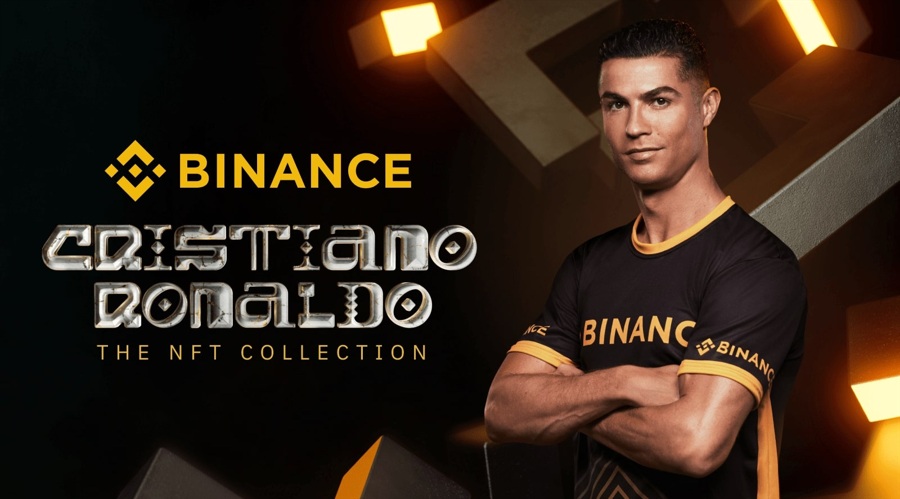 The
collection is aimed at giving the footballer’s “fans an introduction to Web3
through the world of NFTs,” Binance announced on Tuesday. The partnership will help
more people to understand blockchain, He Yi, Binance’s Co-Founder and Chief
Marketing Officer said, adding that the deal will also help the top exchange to
“showcase how are building Web3 infrastructure for the sports and
entertainment industry.”

Own a piece of sports history forever with the @Cristiano Ronaldo NFT collection.

Sign up now with code RONALDO for a surprise when the collection drops.

Speaking
ahead of the launch, Ronaldo noted that the launch “rewards fans for all the
years of support” in addition to capturing the passion for football. “It was
important to me that we created something memorable and unique for my fans as
they are such a big part of my success,” the footballer star said in the
statement released by Binance.

More
on the NFT Collection

According
to Binance, the first NFT collection comprises seven animated statues of
the football star’s iconic moments “from career-defining bicycle kicks to his
childhood in Portugal.”

The
leading cryptocurrency infrastructure provider further noted that the NFTs will
be released on the basis of “four rarity levels” tagged Super Super Rare (SSR), Super
Rare (SR), Rare (R), and Normal (N). Binance said five SSR and 40 SR NFTs will
be auctioned on Friday starting at 10,000 BUSD for SSR and 1,700 BUSD for
SR.

“Future sets of the Cristiano Ronaldo NFT collection will be available in
early 2023,” Binance further said, noting that all collections will be…