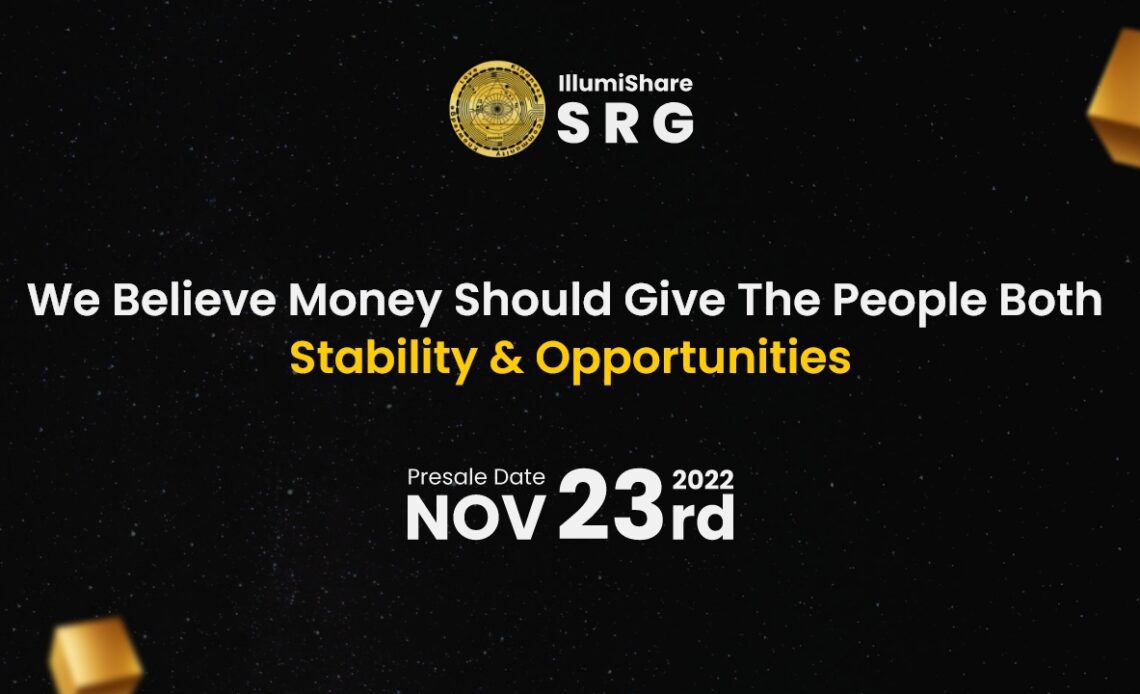 PRESS RELEASE. In a move that will excite crypto enthusiasts, IllumiShare SRG has announced its token presale launch, which will hold on the 23rd of November after an unveiling party in Dubai on November 22nd. His highness Sheikh Mohamed Bin Ahmed Bin Hamdan Al Nahyan from the Abu Dhabi Royal Family – An Official Partner in the company, some Ministers of the Emirate government among respected business partners will be in attendance.

The SRG token pre-sale will be available to gold list members before it is open to everyone else. Furthermore, the pre-sale will be held on the official IllumiShare SRG website, and a limited amount of SRG tokens will be available for purchase. This is a great opportunity for investors looking to get in early on this project. It’s also an excellent way to become a key contributor to the future of the blockchain industry.

The fast-rising blockchain ecosystem aims at providing the best of both worlds by combining the benefits of the gold standard with modern blockchain technology. The token is backed by 3 uncorrelated assets, gold, cash, and technology. IllumiShare SRG is implementing a Proof-of-Gold (POG) mechanism to ensure transparency. This includes storing physical Gold reserves in a safe room at a bank in Abu-Dhabi and broadcast live 24/7.

The IllumiShare SRG token is not a stablecoin and also not like the regular cryptocurrency flooding the market. So, while the team sets the token’s floor price, there are no limitations in growth, which is something new in the industry.

IllumiShare SRG also hopes to solve other prominent issues in the NFT sector. According to OpenSea, over 90% of NFTs on its platform are scams. Therefore, SRG’s Assets NFT marketplace, which will launch next year, will introduce an enhanced NFT anti-fraud system to help make the NFT space safer. The system will scan every NFT uploaded by creators and remove every scam project to keep our users safe.

With the SRG token pre-sale, IllumiShare SRG hopes to provide equal opportunities for all participants and create an inclusive community. The team behind the project believes that the SRG token can help solve some of the problems associated with current cryptocurrencies and traditional banking due to its unique economic model.

The IllumiShare team is comprised of industry-leading specialists in Blockchain, Fintech, and Global Banking who are all ardent believers. top executives from BlackRock, Polygon, Binance, Meta(Facebook),…