Back to Basics after FTX 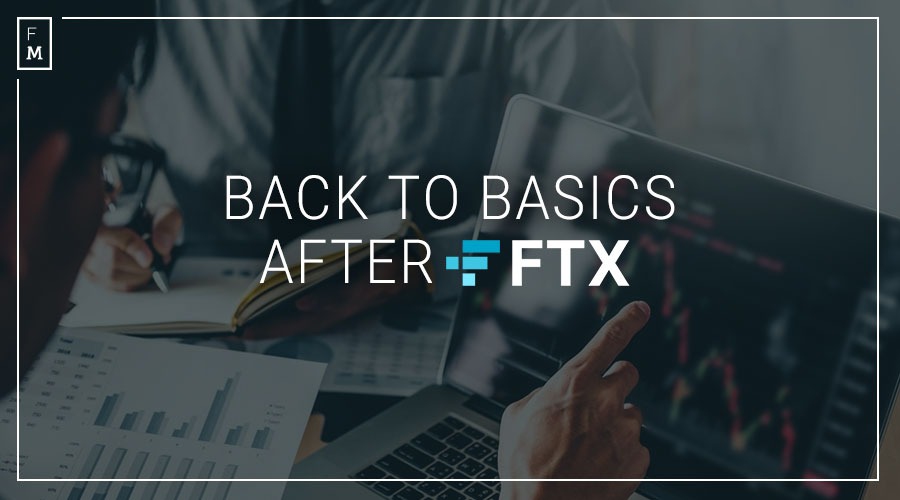 The crypto world is currently in a state of intense turbulence due to developments around the major crypto exchange, FTX, which is in a state of near-total collapse. Investors are coming to terms with what looks like irrecoverable losses, and notably, the venture capital firm, Sequoia Capital has marked the value of its stake in FTX down to zero.

For a brief moment this week, it looked as if the finale to the ongoing FTX implosion was to be its acquisition by rival exchange Binance. There would still have been plenty to unpack after that, but in the end, that outcome never came to pass.

In fact, what followed was alarming, as, if we are to believe everything presented on the surface, Binance began the process of due diligence; a process which, along with reports of mishandled customer funds and agency investigations into FTX, immediately prompted Binance to abandon the proposed rescue deal.

In the wider crypto-sphere, the result of FTX’s collapse, and the manner in which it occurred, has been a highly emotional mixture of disorientation and roiling disbelief. It’s fair to say that FTX going under is a greater bombshell than any of the other shattering detonations that have hit crypto this year, and the entire space is reeling and exhausted.

Something tangibly different now, as opposed to earlier in the year when other crypto platforms were teetering, is the expressions of outright anger, which are aimed, for the most part, at the FTX Founder and CEO, Sam Bankman-Fried (known as SBF).

Perhaps it had seemed like the worst was over this year for crypto, and perhaps there is a sinking realization of the damage done by FTX, both to its investors and to the reputation of the entire crypto sector, in which there are a large number of honest developers looking to build working, valuable products.

There is likely also a feeling among some of having been duped, as a conspicuous aspect of SBF’s public persona was the projection of essentially good intentions, for example through promoting the philosophy of effective altruism.

However, despite the raw emotion on display at the moment, there are some practical, important realizations that the entire current debacle is bringing to the surface.

Bitcoin was brought into existence to become a better…