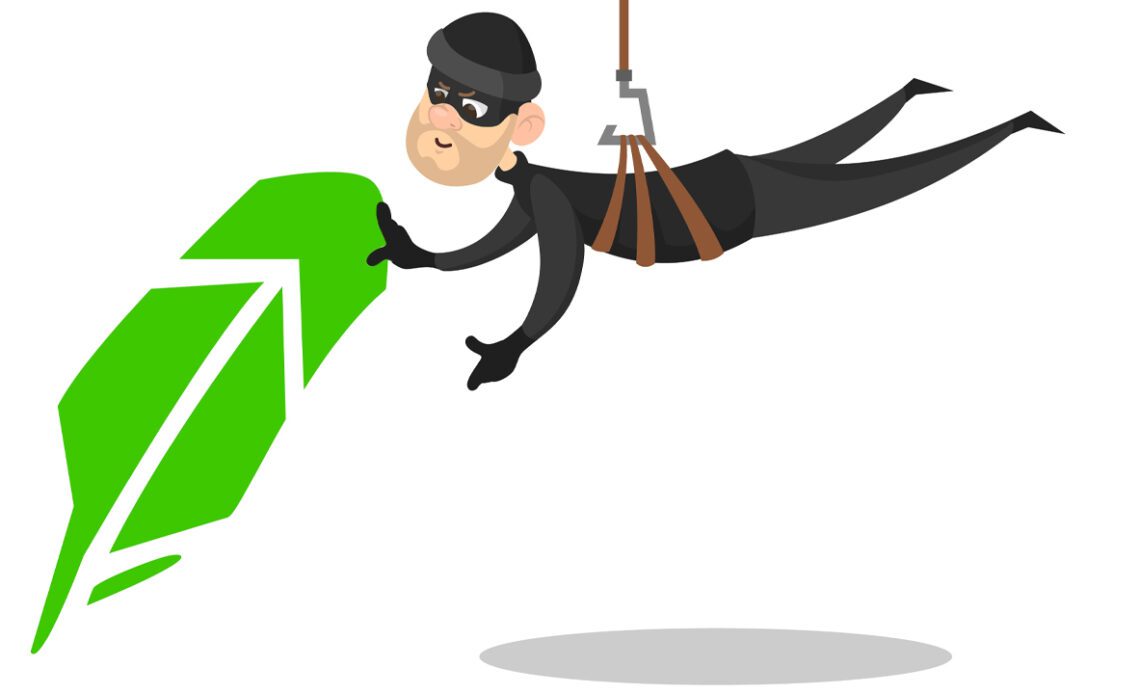 According to multiple sources, the Twitter account of Robinhood was allegedly hacked on Wednesday, Jan. 25, 2023. The account posted a tweet promoting a Binance Smart Chain token listed on the Pancakeswap decentralized exchange. An analysis of the situation on the blockchain shows that the token received fewer than $1,000 in purchases before Robinhood removed the tweet.

The tweet read: “Reminder, we are launching our NEW TOKEN ($RBH) on the Binance Smart Chain. Will be live at 12 AM EST. You can be among the first to buy at a starting price of $0.0005.” The tweet, which originated from the @Robinhoodapp account, also included a link to the Pancakeswap platform, where the Binance Smart Chain (BSC) token is listed.

Conor Grogan, an employee at Coinbase who tweets about onchain movements as a hobby, also tweeted about the scam. “Looks like Robinhood’s social media was hacked,” the onchain researcher noted on Twitter. “They only got ~10 people to bite on the scam token before the link was taken down.” Grogan added:

So far the token has only seen [less than] $1000 in purchases. I imagine people crowding in now saw the volume spike and are looking for a thrill.

The @Robinhoodapp Twitter account has not yet tweeted about the issue or confirmed whether or not the account was hacked. The account has a total of 1.1 million followers on the social media platform. This story is developing and may be updated at a later time.