Jim Cramer Isn’t Worried About Credit Suisse. Does That Mean We Should Be? 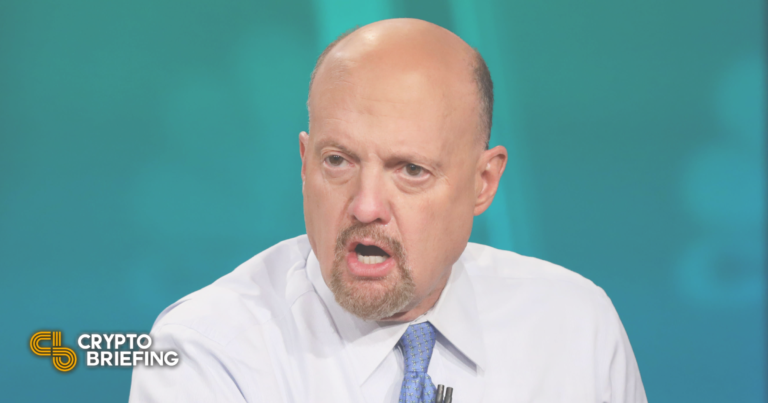 Global investment bank Credit Suisse, with more than $1.6 trillion in assets under management, is facing a “critical moment,” according to its CEO. But Jim Cramer isn’t particularly worried.

Everyone has an opinion about Credit Suisse today, including Jim Cramer.

Today the global investment bank’s credit default swaps reached new all-time highs, signaling that Credit Suisse investors were rushing to protect themselves from the institution potentially defaulting on its debt. The market moves came after Credit Suisse CEO Ulrich Koerner issued a memo to employees acknowledging the firm was facing a “critical moment” in its restructuring plans.

The uncertainty surrounding the bank’s financial situation has prompted comparisons with Lehman Brothers, whose collapse in 2008 triggered a domino effect that ended up causing a global recession. According to its latest financial report, Credit Suisse managed over $1.6 trillion in assets in 2021, while Lehman Brothers had $639 billion in assets when it shut down.

However, one market pundit is not worried about the situation: Mad Money host Jim Cramer. “People keep talking about a Lehman moment,” he stated today on CNBC. “I keep thinking, you’re finally going to be able to get a bank merger. And whoever gets Credit Suisse is going to do quite well if you cordon off those losses because boy, that is some great franchise.”

Cramer has become a legend in the crypto space for his terrible trading calls. For example, in April, when Ethereum was trading at almost $3,000, he stated investors could “easily get [returns of] 35 to 40%”—but the coin dropped more than 66%, to about $888. Then, on July 5, after Ethereum had stabilized at about $1,000, Cramer declared crypto had “no real value.” Ethereum rallied ten days later and ended up topping at $2,016 within a month.

Cramer’s record in calling traditional equities markets is not spotless, either. In 2008, Cramer famously advised his audience not to sell Bear Stearns stock, shouting “Bear Stearns is fine!” and “Don’t be silly!” at…