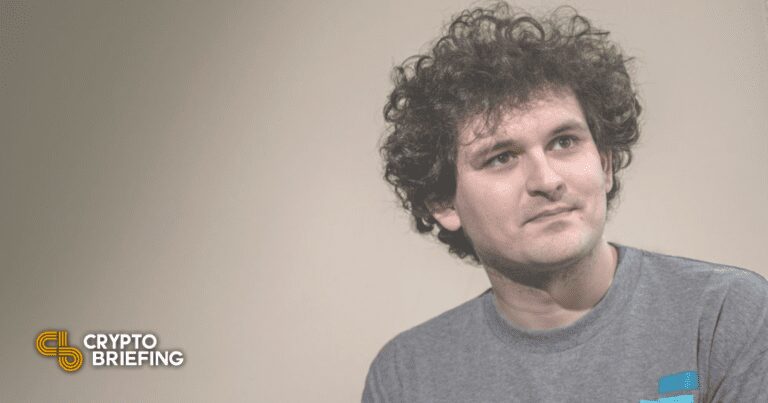 Alameda Research, the quantitative trading firm co-founded by Sam Bankman-Fried, reportedly had $14.6 billion in assets and $8 billion in liabilities last June.
A close look at the numbers, however, suggests most of the firm’s assets were made up of illiquid Solana-based tokens.
Alameda’s financial situation may have been one of the reasons Bankman-Fried stepped up to stop contagion across the crypto market during the summer.

According to new reporting, Alameda Research’s balance sheet was largely composed of illiquid FTT and SOL tokens last summer. This development casts doubt on the firm’s ability to repay its outstanding debts if required.

Even Alameda Research has been hit by the crypto bear market, according to new reporting digging into the firm’s finances.

A Wednesday CoinDesk report quoting an unnamed source has claimed that the quantitative trading firm held more than $14.6 billion in assets on June 30, against $8 billion in liabilities. Alameda was co-founded by crypto billionaire Sam Bankman-Fried in 2017, two years before he launched his wildly successful cryptocurrency exchange, FTX.

Alameda is known as one of crypto’s biggest whales, but a close look at the numbers quoted in the CoinDesk article suggests that the firm may be in a much more precarious situation than onlookers would have expected.

This means that Alameda currently has over $6.11 billion in FTT on its books, $5.82 billion of which it counts as assets. FTT is a coin launched by FTX that traders can stake to unlock discounts (from 3% to 60%) on trading fees. FTT is one of the largest coins in the crypto ecosystem, but according to FTX’s official website, there are currently 197,091,309 FTT in circulation, putting the coin’s market capitalization at $4.87 billion. That means the current FTT market is completely illiquid as far as Alameda is concerned. It’s holding $5.82 billion worth of a token that it can’t sell without cratering its value.

There are also other points of concern surrounding the company’s balance sheet. According to the report, Alameda counted Solana-based tokens like SOL, SRM, FIDA, MAPS, and OXY among its $3.37 billion in crypto assets. Since these were the tokens mentioned by name on the balance sheet, it would be fair to assume they constituted Alameda’s biggest holdings. While the exact amount of each token the firm is holding is unknown, most of them have posted woeful performances throughout the bear market. SRM, FIDA, MAPS, and OXY are all down over 93% from their peaks with markets that are bound to become highly illiquid. If these tokens are representative of Alameda’s combined crypto holdings, the firm would struggle to cash in on its $3.37 billion in crypto assets if it ever wanted to.

There are a few caveats to this analysis. First, Crypto Briefing did not gain access to Alameda’s balance sheet—these figures are based on CoinDesk reporting. Second, even if these numbers were correct at the end of June, Alameda has had four months to make changes to its holdings. Finally, Alameda’s financial statements may contain unknown information that puts the firm’s position in a much better light.

Nevertheless, taking these numbers at face value, it seems that Alameda is in a difficult situation. The firm has $8 billion in liabilities, but it seems apparent from the numbers that it doesn’t have enough assets to pay them off.

Of course, the situation is likely to be more complex. While Bankman-Fried stepped down as Alameda’s CEO a while ago, the firm has a tight relationship with FTX. Given FTX’s history of offering bailouts this year, it’s not hard to imagine the exchange stepping in to help Alameda if needed.

But the firm’s apparent financial difficulties shed new light on Bankman-Fried’s cavalier attitude during the summer. Throughout May and June, brutal market conditions wiped out crypto hedge fund Three Arrows Capital, which happened to owe billions of dollars to several major crypto lenders, including Voyager and BlockFi. Bankman-Fried quickly offered to bail out struggling companies, citing the need to reaffirm investors’ trust in the markets. By his actions, Bankman-Fried earned a reputation as crypto’s lender of last resort; he even proclaimed in July that he had over $2 billion ready to deploy to prevent further contagion.

This reported balance sheet, however, may be telling a different story. If Alameda was stuck in illiquid tokens as the market was tanking, there’s a possibility that Bankman-Fried decided to step up not for the sake of the crypto market itself, but simply to save Alameda. In this scenario, stabilizing the market, reducing panic, and showing strength could have been a strategy to reassure Alameda creditors—and prevent them from asking the firm to pay back its loans.

Disclosure: At the time of writing, the author of this piece owned BTC, ETH, and several other crypto assets.