Here’s Why $22.4k Could Be Next Level To Break For Bitcoin 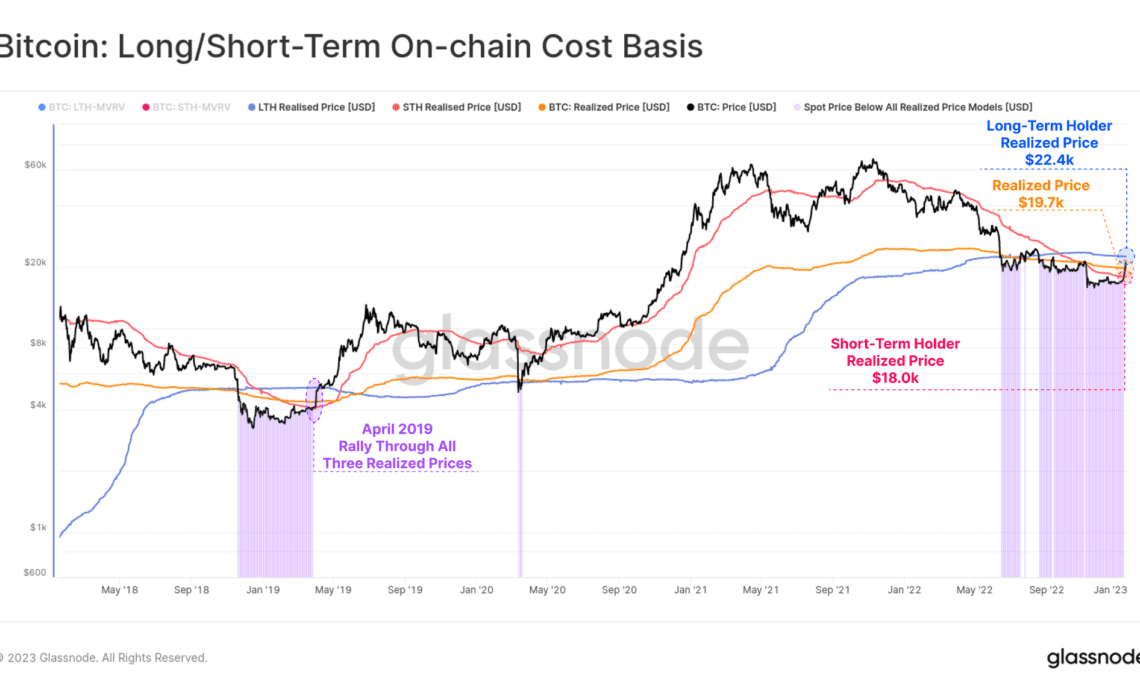 As Bitcoin continues its strong rally, $22,400 could be the level to watch next, if this on-chain metric is anything to go by.

According to the latest weekly report from Glassnode, BTC broke through all three realized prices of the market back in April 2019. To understand the concept of “realized price,” the realized cap needs to be looked at first. The realized cap is a capitalization model for BTC that values each coin in circulation at the price it was last transacted.

However, if this same idea is applied to the realized cap (that is if it’s divided by the number of coins), a sort of “realized price” can be derived. The significance of this price is that it’s the cost basis of the average holder in the Bitcoin market.

The implication of this is that if the (normal) price of BTC declines under this realized price, the average investor can be thought to have entered into a state of loss.

All investors in the market can be divided into two major cohorts: the “short-term holders” (STHs) and the “long-term holders” (LTHs). The former includes investors who acquired their coins less than 155 days ago, while the latter consists of holders who have been holding their coins for more than that period.

Now, here is a chart that shows the trend in the realized price for the entire Bitcoin market, as well as that for the STHs and LTHs, over the last five years:

As shown in the above graph, the BTC price had been below all three of these realized prices for much of the bear market, suggesting that the average Bitcoin investor in all the cohorts was carrying an unrealized loss.