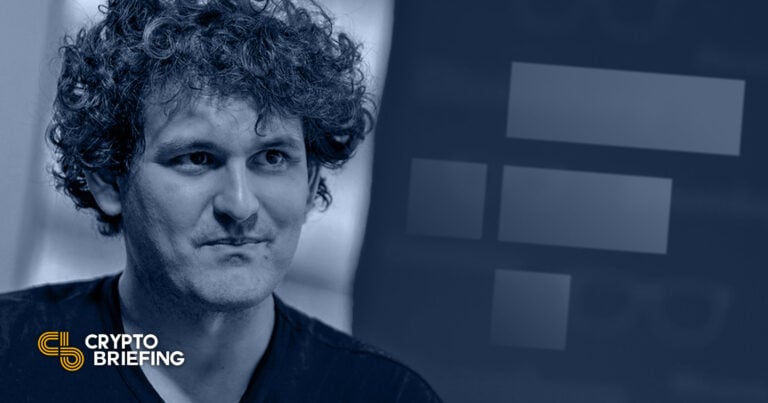 The collapse of FTX is already going down as one of the most severe crypto-related frauds in history.
Over the course of a week, Sam Bankman-Fried’s carefully-curated empire was shattered along with his reputation.
While it’s not know how many have been hurt by the scam, we do know who some of the biggest victims are so far.

FTX and its affiliated trading firm Alameda Research have been exposed. A November 2 CoinDesk article revealing Alameda’s troubled finances put a series of events in motion that eventually revealed FTX as insolvent.

Former FTX CEO Sam Bankman-Fried secretly used customer funds to bail out FTX’s sister company Alameda Research, resulting in an estimated $10 billion hole in the exchange’s books. To make matters worse, Bankman-Fried covered up his fraudulent activities for months, leaving investors, customers, and even his own employees in the dark right up until FTX declared bankruptcy on November 10.

In the aftermath of arguably the most earth-shattering deception in crypto history, Crypto Briefing takes a look at who has lost the most from Sam Bankman-Fried’s monumental grift.

During its heyday, FTX attracted huge investments from some of the most prominent and well-funded venture capital firms in the world.

In July 2021, the exchange raised $900 million at an $18 billion valuation from over 60 investors, including crypto heavyweights such as Coinbase Ventures, Sequoia Capital, Paradigm, and others. Many of these investors also doubled down on FTX during its last funding round in January 2022, which valued the company at an eye-watering $32 billion.

FTX’s raises stood out from those of other crypto firms through participation from high-ranking non-crypto venture firms. Softbank, VanEck, and Temasek all bought FTX equity during one of the company’s many funding rounds. According to Crunchbase data, FTX sold equity totaling approximately $1.8 billion over its three years in operation. Now that the company is bankrupt, FTX shares are almost certainly worthless.

At the time of its collapse, the three biggest FTX stakeholders were Sequoia Capital at 1.1% and Temasek and Paradigm, each with 1%. In total, these three venture firms invested a combined $620 million into FTX.

Additionally, many venture firms that invested in FTX also used its services to hold cash and crypto assets. However, only a handful of these firms have publicly disclosed their additional FTX exposure. On November 9, Galaxy Digital CEO Mike Novogratz told CNBC that his firm had $76.8 million of cash and digital assets deposited on FTX at the time of its collapse, although he stated that his firm was in the process of withdrawing $47.5 million of that amount. However, In light of the corruption exposed during the exchange’s final days, it seems unlikely FTX will honor this withdrawal.

Multicoin Capital, another prominent FTX equity investor, reported that it had 10% of its total assets under management trapped on FTX before the exchange declared bankruptcy. Crunchbase data shows Multicoin had raised $605 million through three separate funds, implying that it lost at least $60 million through its exposure to FTX.

As many venture firms have no obligation to disclose the exact amounts of their investments and losses publicly, it’s hard to know how much they collectively lost from the FTX meltdown. However, with the evidence at hand, VC losses across the board appear to be well into the billions.

Sam Bankman-Fried’s FTX empire was heavily entwined with the Solana ecosystem, and the high-throughput blockchain is suffering greatly as a result.

When Solana experienced a boom on the back of the alternative Layer 1 narrative in August 2021, its native SOL token, along with many Solana ecosystem tokens soared in value. One such project was Serum, a Solana-based central limit order book exchange, in which Bankman-Fried was a co-founder and Alameda Research an investor.

While Serum initially soared in value, its predatory tokenomics, which gave huge amounts of its native SRM token to early investors like Alameda, caused its value to bleed over time. Despite dumping huge amounts of SRM onto the market throughout the 2021 bull run, Alameda still held over two billion tokens as collateral against loans at the time of its bankruptcy. Additionally, Alameda and FTX both held large SOL positions, which will also face liquidation. Now FTX and Alameda are bankrupt, these tokens will almost certainly be sold on the open market, driving prices down further.

FTX’s involvement with Solana went beyond promoting the blockchain and investing in its protocols. To help bootstrap DeFi adoption, FTX also created Solana-based wrapped Bitcoin and Ethereum tokens backed by its reserves.

Both wrapped tokens were widely used across the Solana DeFi ecosystem. However, as it became apparent that FTX was facing a liquidity crunch, FTX-backed wrapped Bitcoin and Ethereum began to de-peg. After FTX declared voluntary bankruptcy on November 11, these tokens plummeted as it was clear FTX no longer held any real Bitcoin and Ethereum in reserve. Over the past week, Solana wrapped Bitcoin has fallen 93% to $1,363 and wrapped Ethereum 83% to $257. Presently, there seems to be little hope that either asset will return to peg.

One final way FTX has damaged Solana is through Alameda Research’s investments in ecosystem projects. Several corroborating reports indicate that under the terms of investment, protocols were required or heavily incentivized to custody their treasuries on FTX. This practice not only left many projects high and dry after FTX’s bankruptcy but also fed into the wider fraud taking place on the exchange. By requiring projects to keep their funds on FTX, Alameda could partially invest into a project but receive back the total sum of that project’s raise. As was revealed when FTX went bankrupt, these customer funds deposited onto the exchange were being used in investments by Alameda.

While venture capital firms and FTX-backed projects have suffered from Sam Bankman-Fried’s years-long scam, ultimately, the ordinary customer is the biggest loser in the whole debacle. Many FTX users lost their life savings, believing that the exchange was safe. Endorsements from Shark Tank’s Kevin O’Leary and Jim Cramer comparing Bankman-Fried to J.P. Morgan also helped engender trust in the exchange as a legitimate and reliable entity.

It’s hard to estimate how much customers holding funds on FTX lost, as reports vary, but the number is likely to be in the billions. The figure will almost certainly have been made worse by Bankman-Fried’s since-deleted tweets in the lead-up to FTX’s bankruptcy. The former FTX CEO assured users that assets held on the exchange were fully backed at 1:1, dissuading users from withdrawing funds. In hindsight, these tweets turned out to be bald-faced lies.

But it wasn’t just Bankman-Fried and his “inner circle” of FTX employees who betrayed Customers—U.S. regulators who worked closely with the exchange and showed it lenience are also culpable. U.S. Securities and Exchange Commission Chair Gary Gensler dedicated his organization’s resources going after more minor, less significant DeFi protocols for enforcement action while the biggest fraud in recent crypto history operated right under his nose. Very probably, Bankman-Fried’s status as a major political donor and his active involvement in drafting crypto regulation aided him in pulling the wool over the SEC’s eyes.

The lack of regulatory clarity from regulators like the SEC also helped push U.S. crypto users onto unregulated overseas exchanges like FTX.com. If the SEC had instead worked with crypto industry stakeholders in the U.S. to draft fair, comprehensive legislation early, this whole situation could have been avoided or at least reduced in its severity.

Like the Mt. Gox hack before it, the FTX fraud will likely tarnish the industry’s reputation with the current cohort of crypto-curious investors. Many who have been burned will not return. But it’s also important to look for a silver lining in times of darkness. It’s better that the rot in the crypto industry be exposed now rather than in the future when more is on the line. While it may seem bleak at the moment, in the long run, crypto will be stronger for having crooks like Bankman-Fried rooted out early, even if the cost is dear.

Disclosure: At the time of writing, the author of this piece owned ETH, BTC, SOL, and several other crypto assets.