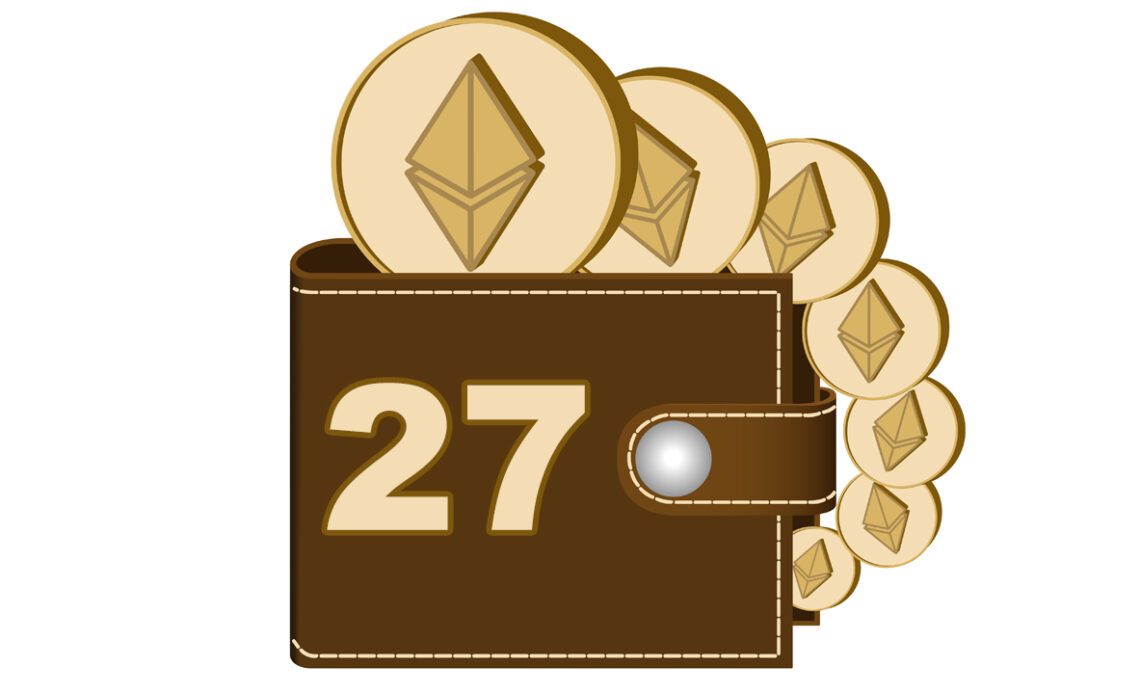 The exploiter responsible for siphoning millions of dollars in ERC20 tokens and ethereum from FTX has added more ether to the entity’s holdings. The wallet is now situated in the top 30 largest wallet positions in terms of ethereum holdings. The address dubbed the “FTX Accounts Drainer” now holds 250,735 ethereum on Saturday, Nov. 19, 2022.

There’s a lot of curiosity surrounding the ethereum address called the “FTX Accounts Drainer” or “0x59a” because it’s associated with the entity that drained millions of dollars in tokens from FTX hours after the company filed for bankruptcy protection.

The blockchain surveillance firm Elliptic wrote about the situation on Nov. 12, 2022, and the company estimated that the entity siphoned roughly $477 million. Bitcoin.com News explained on Nov. 15, 2022, that the address known as “FTX Accounts Drainer” also consolidated a large cache of ether following Elliptic’s blog post. 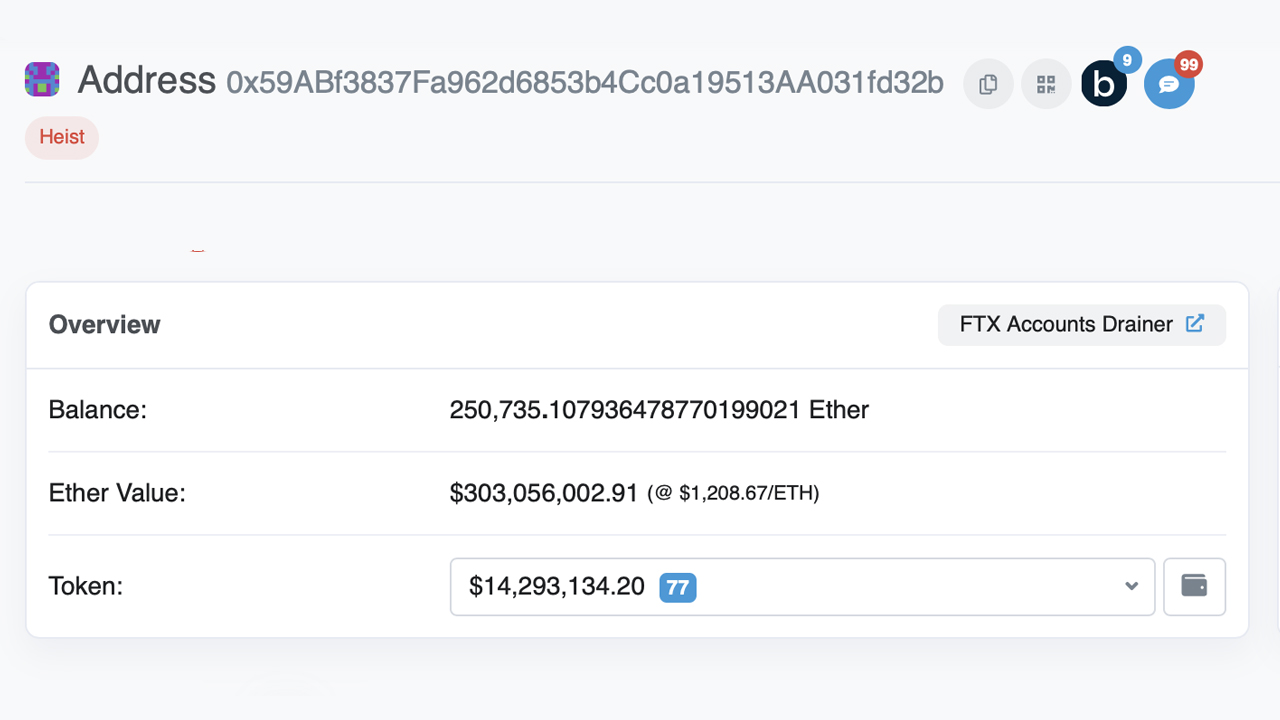 The funds at the time of writing are valued at $303 million and the wallet has seen 688 transactions, some of which are dust transactions sent by unknown parties. In addition to the 250,735 ethereum held by the “FTX Accounts Drainer” or “0x59a” the exploiter is associated with another known address.

The ethereum (ETH) address “0x97f” also holds a substantial sum of ERC20 tokens associated with the FTX exchange. The wallet has over a hundred ERC20 tokens and blockchair.com estimates the wallet’s value to be around $191.69 million.

Etherscan.io estimates the tokens to be worth roughly $244 million. The most dominant token in the wallet is FTX’s coin FTT as “0x97f” owns around 45.85 million FTT tokens. The address is actually the second-largest FTT wallet today and it holds 13.94% of the circulating FTT supply.

The wallet also holds 143.88 million BOBA coins from the Boba Network project and the supply is also the second largest in terms of circulating BOBA as it controls 28.78% of the supply. Besides Bitfinex, the address “0x97f” is one of the largest LEO holders today as the wallet…