Ethereum Based Frax Finance (FXS) Is Up 64%, Still Upside? 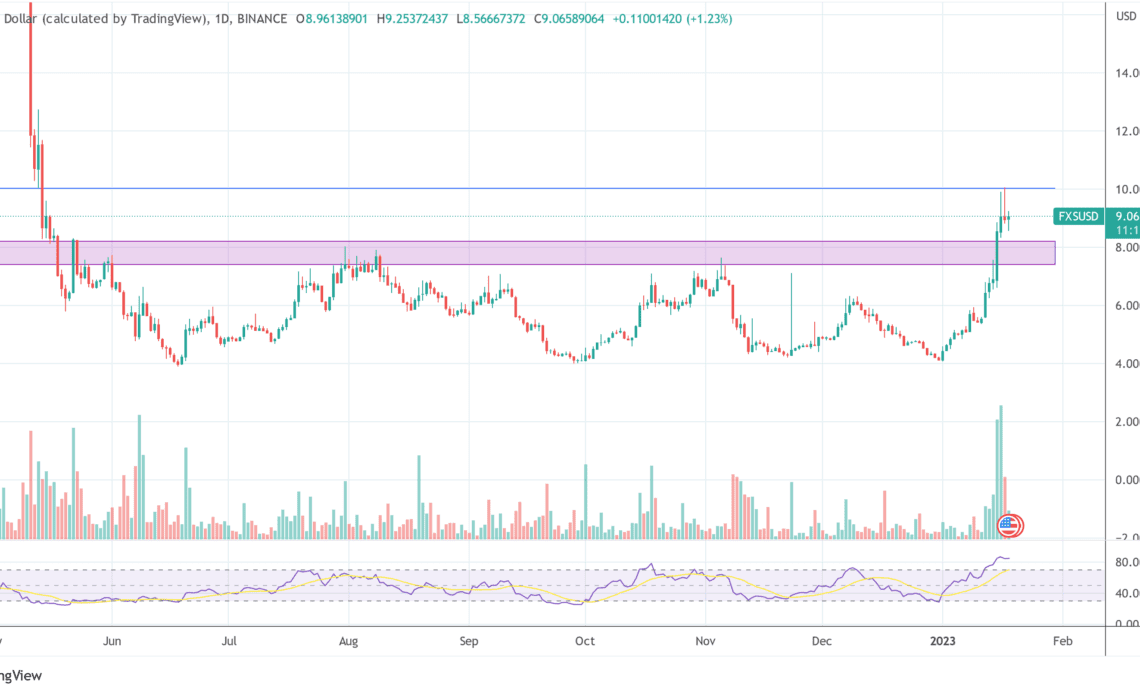 In the last seven days, the Ethereum-based project Frax Finance is the second biggest winner within the top 100 cryptocurrencies by market cap. With a price increase of 64%, the FXS token is only behind Decentraland (MANA), which has surged 76% within the same period.

With the massive pump, Frax Share Token (FXS) has moved up to the 63rd position in the ranking by market cap and has seen a bullish rally since January 2. While the price was $4.09 on that day, FXS was at $9.06 at press time.

The first two attempts to break this resistance have failed for now, so a retest of the former resistance zone could be on the cards before the Frax token continues to rally. This would also be a much-needed correction, as the RSI on the daily chart is still at 83.

The weekly chart confirms the extremely bullish picture for the FXS token. Once the price consolidates in the daily chart and subsequently breaks the $10.02 level, the way would be clear for a rise toward $13.

The price level served as strong support in November and December 2021, before FXS rallied to an all-time high of $52.80 in January 2022.

What Do The Fundamentals Of Frax (FXS) Suggest?

As NewsBTC reported, Frax Finance is benefiting from the liquid staking (LSD) narrative that emerged earlier this year and has since caused all LSD tokens to skyrocket. However, it is questionable whether the hype can continue for a longer period of time.

As Jordi Alexander, CIO of Selini Capital explained, the Ethereum Shanghai hard fork could be in for a rude awakening:

ETH staking is going to explode after the Shanghai fork allows withdrawals- esp. now as Metamask integration makes it easy for Dummies. But LSD tokens are overvalued in anticipation of this – revenue is not going to change much, bc reward yields will plunge as staking % goes up.

But analyst Thor Hartvigsen doubts whether the same will be true for Frax Finance. The analyst shared five reasons via Twitter why Frax Finance will be a key player in DeFi this year.

The first reason is that Frax offers the largest APR among liquid staking providers at 6-10%, while its nearest competitor is only around…