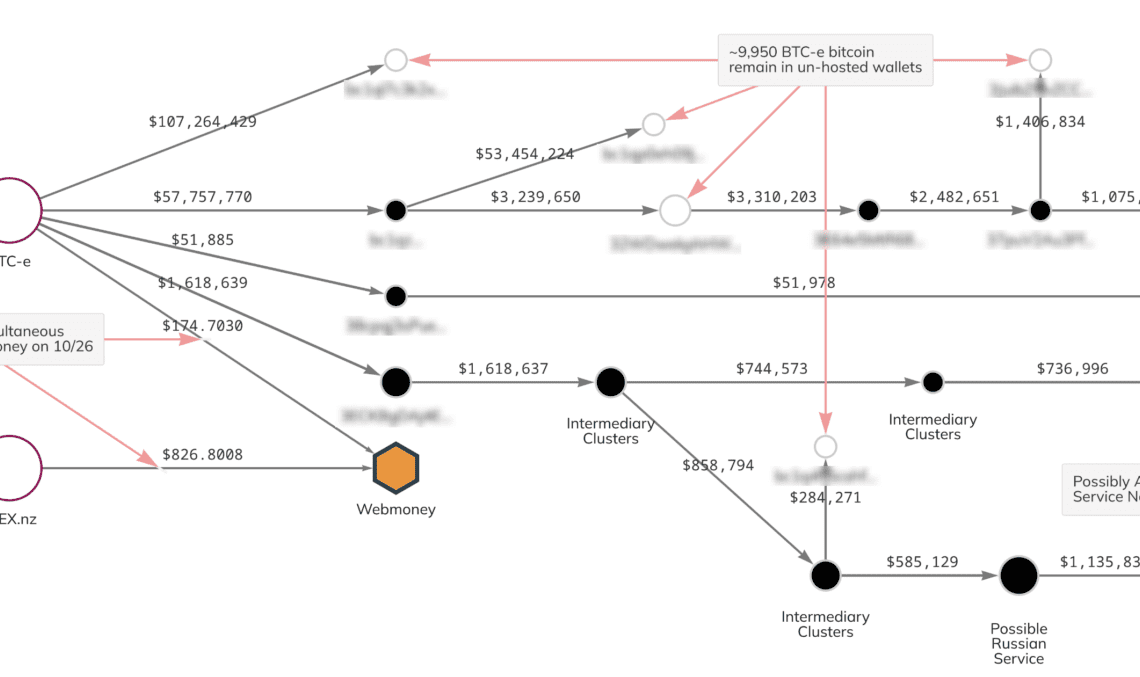 After a year of near dormancy, Bitcoin funds of the rogue exchange BTC-e are on the move again. Chainalysis, an American blockchain analysis firm headquartered in New York City, is reporting that 10,000 BTC, worth about $165 million, have been transferred.

The destination of the transactions are personal wallets, exchange deposit addresses and other services. Remarkably, the transfer is the largest withdrawal since April 2018.

BTC-e was a crypto exchange that was founded in July 2011 and shut down in 2017 as a result of a joint investigation by the U.S. Secret Service and the FBI. According to the allegations, BTC-e was instrumental in laundering money for ransomware attacks.

As NewsBTC reported, security researchers estimated that BTC-e was responsible for 95% of all ransomware payments and their conversion into fiat currencies.

Russian citizen and co-founder of BTC-e, Alexander Vinnik, was also allegedly involved in the theft of 530,000 of the more than 800,000 Bitcoin stolen from Mt Gox. After serving two years in prison in France, Vinnik was extradited to the U.S. in August.

As Chainalysis notes, BTC-e still held a significant amount of Bitcoin at the time of its shutdown in 2017. In April 2018, BTC-e moved more than 30,000 Bitcoin from its service wallet. About $50 million of that went to the now-sanctioned OTC counter Suex.

BTC-e Fraudster About To Dump Their Bitcoin?

Since then, the fraudulent exchange’s masterminds had been relatively quiet. Only in October 2021, BTC-e sent over 100 Bitcoin worth more than $6 million to personal wallets and eventually to several exchanges “that service Russia and other Eastern European countries,” according to Chainalysis.

Yesterday’s transaction appears to be the tip of the iceberg and a longer-planned move. The fraudsters of BTC-e began withdrawing cryptocurrencies as early as a month ago. On Oct. 26, both BTC-e and its successor exchange WEX sent small amounts of Bitcoin to Webmoney, a Russian electronic payment service.

Then, on November 11, BTC-e conducted a test by indirectly transferring 100 Bitcoin to an exchange. After seemingly being successful, BTC-e pulled of yesterdays big move.

Chainalysis concluded that approximately 9,950 Bitcoin are remaining in personal wallets of the fraudsters, “while the rest was moved through a series of intermediaries to four deposit addresses at two large exchanges. In the case of…