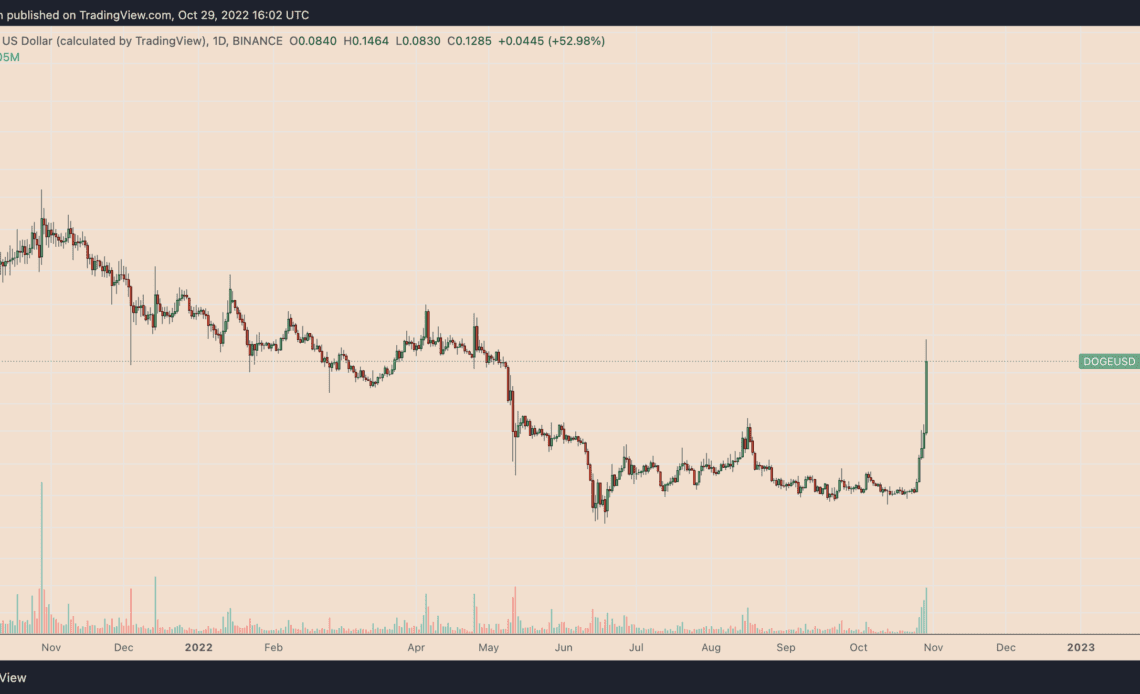 The Dogecoin (DOGE) price rally extended further on Oct. 29 in hopes that the cryptocurrency would get a major boost from Elon Musk’s Twitter acquisition.

Notably, the meme-coin’s massive intraday rally came as a part of a broader uptrend that started earlier this week on Oct. 25. In total, DOGE’s price gained 150% during the Oct. 25-29 price rally.

The surge was also accompanied by a decent increase in its daily trading volumes. That coincided with a spike in the number of DOGE transactions exceeding $100,000, according to Santiment. Both indicators sugges a growing demand for Dogecoin tokens among rich investors, or so-called “whales.”

The jump across Dogecoin’s key metrics reflect investors’ excitement about Elon Musk’s Twitter acquisition on Oct. 27. Earlier this year, the billionaire entrepreneur had flirted with the idea of making Dogecoin a payment method to purchase the Twitter Blue subscription.

Additionally, other meme coins have jumped massively in the said period, including Dogelon Mars (ELON), which rallied 140%.

Dogecoin most overbought since April 2021

Dogecoin’s ongoing price rally is starting to look overstretched, however, according to a classic technical indicator.

The relative strength index (RSI), a momentum indicator determining the degree of recent price changes to analyze overbought or oversold levels, has risen to 93.69 on the daily Dogecoin chart. This is the highest level since April 2021, a month before the DOGE price rallied to its record high of $0.75.