Coinbase up 69%, MicroStrategy up 74% since lows 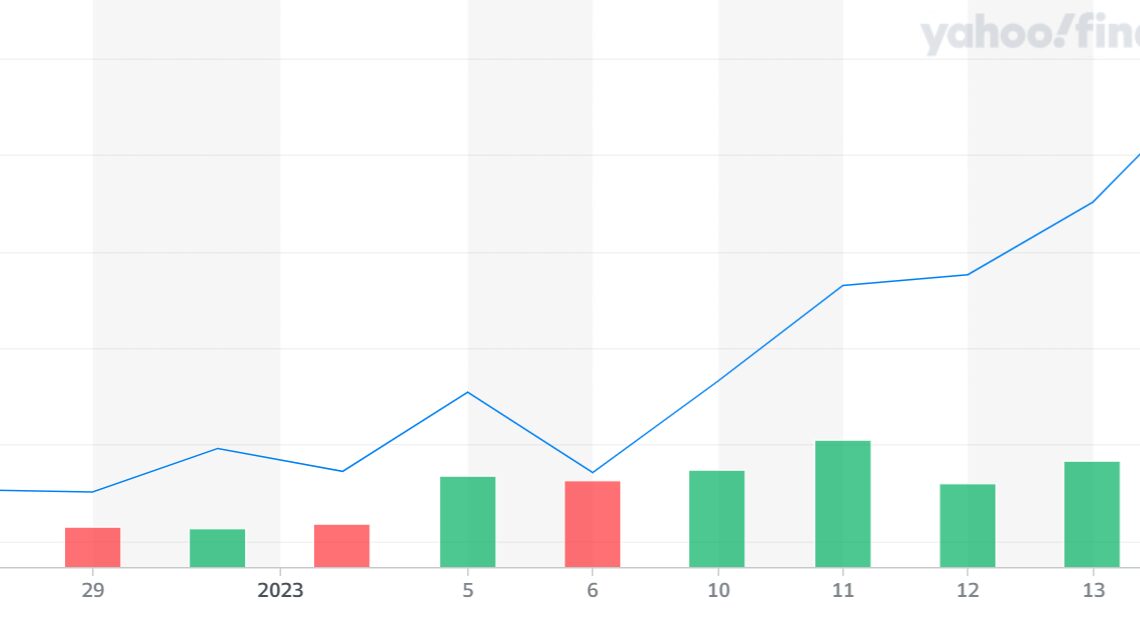 The share price of cryptocurrency exchange Coinbase has surged by 69% since its all time lows and other crypto-related stocks including business intelligence firm MicroStrategy have recorded similar jumps with green candles all around since the start of 2023.

The rising share price will likely be accompanied by a huge sigh of relief for Coinbase executives after a challenging 2022 saw it cut 20% of its workforce and decide to wind down its Japanese operations. Despite the surge, COIN remains more than 84% below its all time high.

Other crypto-related stocks such as MicroStrategy and digital payments company Block Inc. have also posted strong gains in the new year.

MicroStrategy’s share price has increased to nearly $236 from a low of just over $135 on Dec. 29 — representing an increase of over 74% — while Jack Dorsey’s Block has seen its share price increase by a muted but still respectable 27%, after rebounding from a low of under $59 on Dec. 28 to over $75.

The rebound has been even more dramatic for crypto mining stocks. Bitfarms and Marathon Digital Holdings recorded surges of 140% and 120% respectively throughout the first two weeks of the year.

Crypto exchange-traded funds (ETFs) also rebounded to a lesser degree with Valkyrie Bitcoin Miners ETF (WGMI) more than doubling its price from a low of just over $4 on Dec. 28 to over $8.

The ProShares Bitcoin Strategy ETF (BITO) jumped from over $10 on Dec. 28 to a current price of around $13 — increasing by just under a third.

Related: Is this a bull run or a bull trap? Watch The Market Report live

While the trust is designed to mirror the price of Bitcoin (BTC) it often trades at a discount or premium to the value of its underlying holdings and is now sitting at a discount of just over 36% after having traded at over a 45% discount on Dec. 28.

Some pundits believe Bitcoin in particular has skyrocketed on the back of the positive inflation figures from the United States released on Jan. 12 — having increased in price by over 17% since then — but it is interesting to note that Dec. 28 seemed to represent a market bottom across many…