Celebs lose big on BAYC, Meghan and Harry building a metaverse, and more. 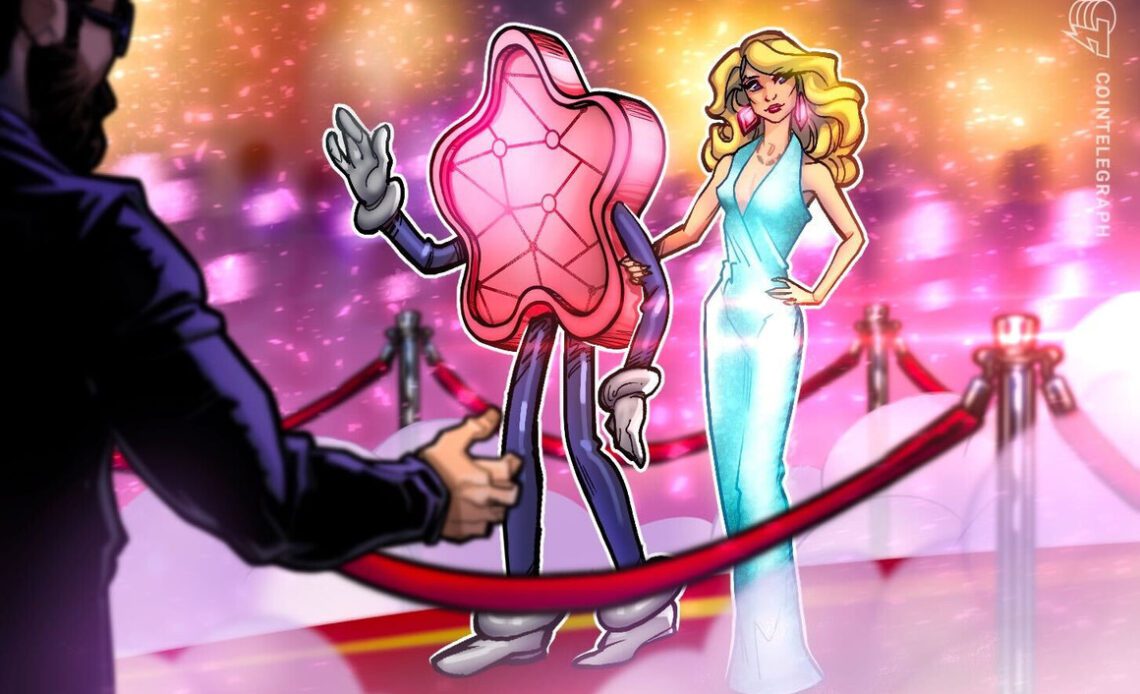 The hype behind the Bored Ape Yacht Club (BAYC) over the last year resulted in many celebrities investing in the Ethereum-based nonfungible token (NFT) collection with many, such as singer Justin Bieber, paying top dollar.

According to data from NFT Price Floor, the floor price for the collection has fallen considerably since it peaked at 144.9 ETH on May. 1 this year, which at the time was worth around $396,760, to a current low of 48 ETH, valued at $58,589 at the time of writing.

Many other celebs also rode the wave of hype that saw the Yuga Labs made NFTs become a “blue chip” collection, such as entrepreneur Gary Vee who still has a number of Bored Apes in his 2,400-strong NFT collection, and television host Jimmy Fallon, who bought BAYC #599 for $224,191 on Nov. 8 which has a current top offer of $70,264.

It’s not all bad news for Bored Apes though, with BAYC #8633 having been bought from digital art collector Pransky for nearly $747,500 on Nov. 17 showing that there is still a huge demand for Bored Apes with some rare attributes.

The Sussexes in talks for a ‘virtual world’

Prince Harry and Meghan Markle are “in advanced talks” with pax.world — a platform allowing users to create their own metaverse, according to a Nov. 15 Mirror article.

Sources allege that Markle is the driving force behind the plan, as a result, the Metaverse has cleverly been dubbed the “Meg-averse.”

The former working royals are thought to be looking for new ways to connect with their fans and see their purported Metaverse as a way “to take their brand fully global.”.

According to pax.world founder Frank Fitzgerald, the Metaverse is perfect for the “progressive, tech-savvy” audience the pair are looking to connect with as they build upon their brand, saying the platform is offering the couple “a plot of prime pax.world land.”

Adidas released an Ethereum based NFT collection called the “Genesis collection,” on Nov. 16 featuring a set of wearables designed to be worn by virtual avatars.