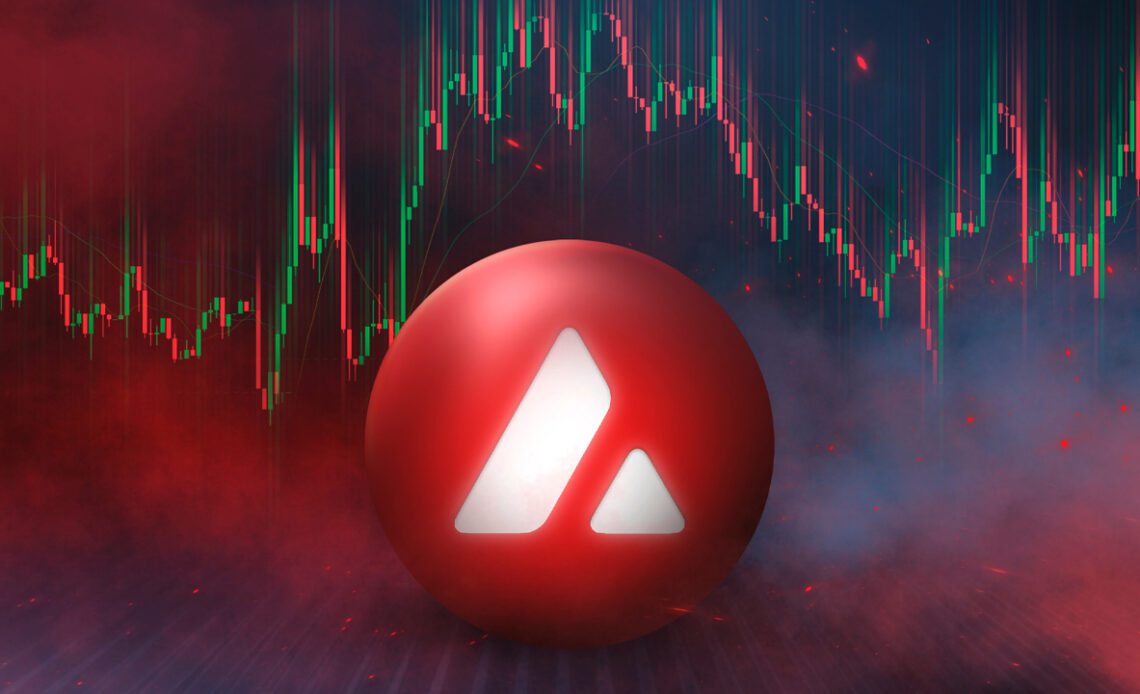 This past week digital currency advocates have been discussing the rising number of bitcoin (BTC) bridged over to the Avalanche (AVAX) network. Seven days ago, the crypto asset known as BTCb saw its supply surpass the number of bitcoins locked on the Lightning Network (LN). The reason for the celebration is that it took much less time to beat the LN’s total value locked (TVL) or capacity. At the time of writing, the LN has around 5,248 bitcoin TVL, which is worth around $120 million using today’s BTC prices.

A week ago on Jan. 16, an Avalanche (AVAX) supporter known as “Ojrdev” tweeted about the number of bitcoins transferred to the AVAX chain. “Avalanche has transferred more [bitcoin] (BTCb) than is locked in [the] Lightning Network,” Ojrdev tweeted. “The Avalanche consensus mechanism is also faster than Lightning.” Many other AVAX supporters agreed and celebrated the milestone. While the LN currently holds 5,248 BTC, the number of BTCb, according to snowtrace.io, is around 5,493 BTCb, worth $125.5 million using current BTC exchange rates. 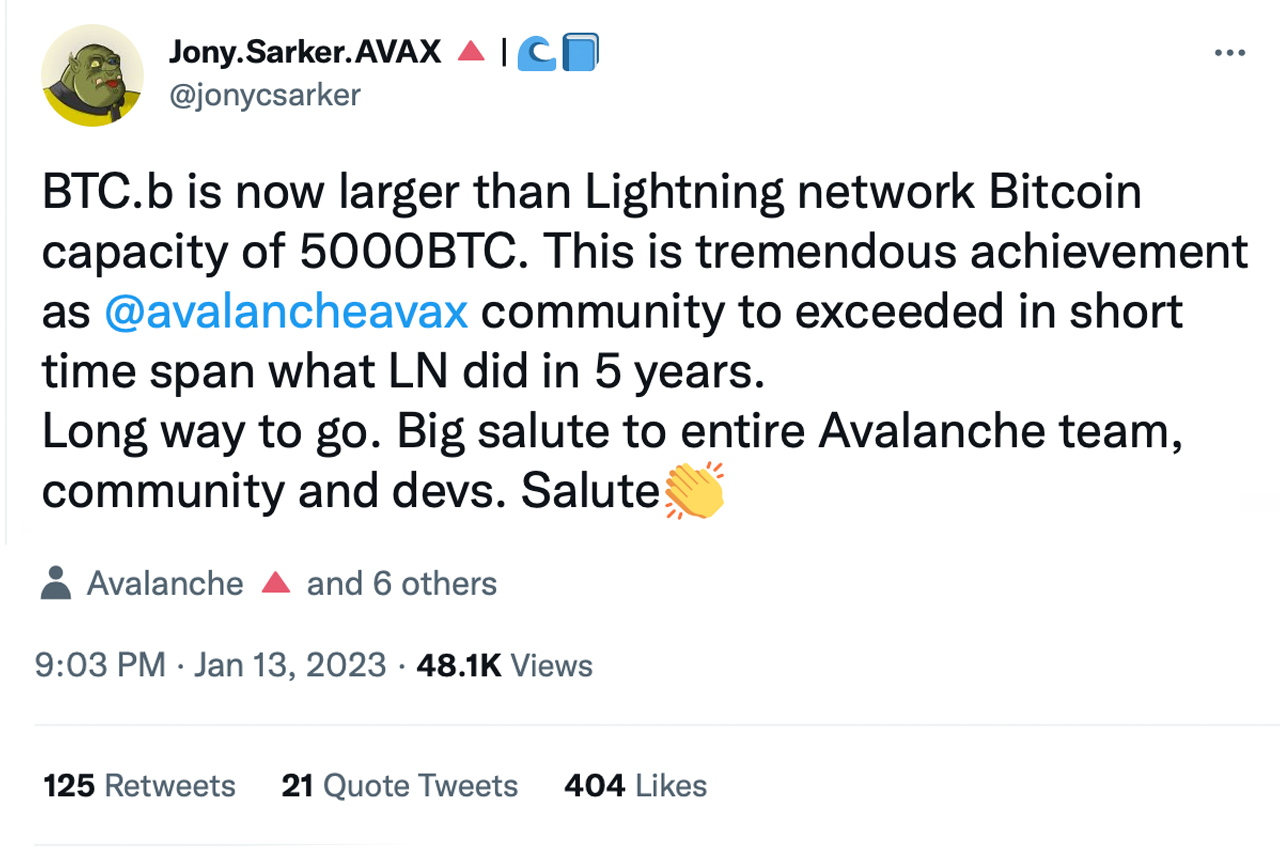 During the same period, the largest number of tokenized bitcoin on any blockchain is the Wrapped Bitcoin project, which uses the Ethereum blockchain network. Currently, there are 179,697 WBTC in circulation, according to the WBTC dashboard. There’s also a total of 52,888.86 BTCB hosted on the Binance Smart Chain (BSC). The BSC’s cache of bitcoins is larger than what is hosted on AVAX. However, the BTCb amount is larger than the 3,564 BTC locked on Blockstream’s Liquid Network, and also larger than the 3,496 RBTC on the RSK network.

The number of tokenized bitcoins hosted on alternative blockchains, networks, and sidechains has been increasing since 2017, but the pace accelerated when WBTC launched in 2019. The main goal was to make finality faster and transaction costs cheaper. In 2020, however, fees on the Ethereum blockchain skyrocketed. In mid-May 2021, the average ETH fee was nearly $40 per transaction.

As a result, tokenized bitcoins have moved to alternative…