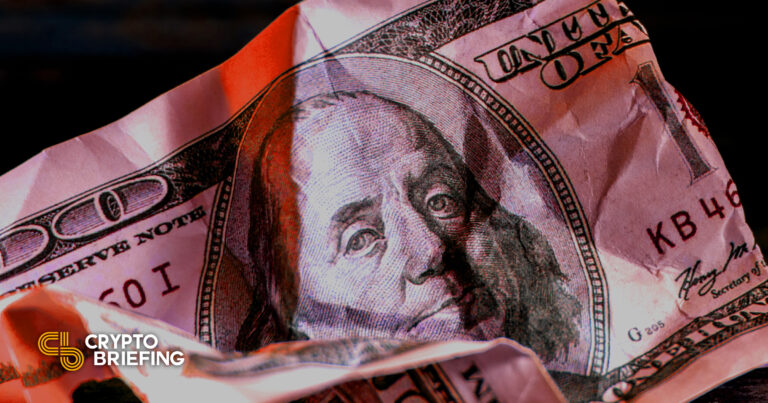 Bitcoin and Ethereum were hit hard as the inflation data dropped.

U.S. inflation has decreased for a second consecutive month.

The Bureau of Labor Statistics published the latest Consumer Price Index report Tuesday, showing that the price of goods rose by 8.3% on a yearly basis in August.

The 8.3% figure exceeded economists’ expectations of a cool-off to 8.1%. It marks a 20 basis point decline against July’s numbers. The CPI rose 0.1% on a month-on-month basis. According to the report, rising shelter, food, and medical care costs were the biggest contributors to the all items increase. Gasoline prices, meanwhile, saw a decline.

Markets reacted to the print in a typically panicked fashion. S&P500, Dow Jones, and Nasdaq futures all tumbled ahead of the U.S. market open. Bitcoin also suffered a sharp decline in response to the print, sliding 3.3% to around $21,604 at press time. Ethereum was hit harder, declining 5.8% to around $1,643. The selloffs are likely a result of the print surpassing expectations of a 40 basis point decline.

Inflation has been a major concern for households in the United States and across the world this year as countries battle rising prices across the board. One of the major contributing factors has been an increase in energy prices, which is thanks partly to Russia’s invasion of Ukraine (as many countries have sanctioned Russia over the war, President Putin has leveraged the country’s rich energy supplies against the West, leaving Europe on the cusp of its biggest energy crisis in decades).

As the price of goods has risen, central banks around the world have responded by hiking interest rates in a bid to curb inflation. In the U.S., the Federal Reserve indicated that it would be taking a hawkish stance in late 2021, which sent chills through crypto and global markets. The Fed has since hiked interest rates multiple times to the current levels of between 2.25% and 2.5%. The Fed has indicated several times that it’s targeting a 2% inflation rate and the central bank’s chair Jerome Powell warned of more “pain”…