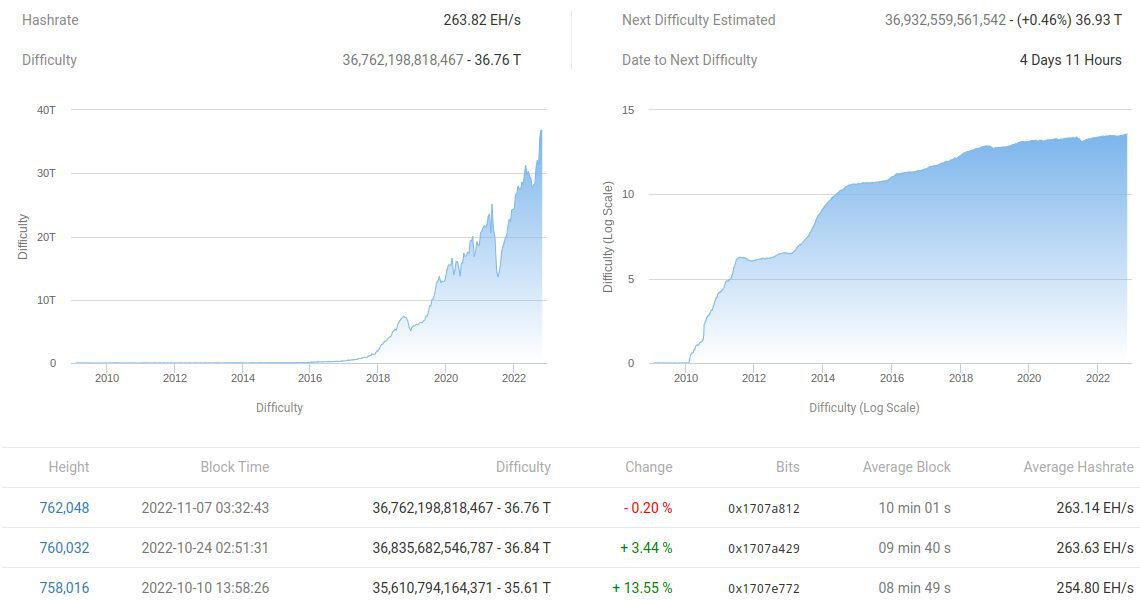 Bitcoin (BTC) miners may be sending more BTC to exchanges this month — but overall, their sales have crashed since 2020.

Data from on-chain analytics platform CryptoQuant confirms that daily miner transfers to exchanges have decreased by two thirds or more.

Given their cost basis and rising hash rate, commentators warned that many mining participants may not be able to make ends meet — block subsidies and fees would not be enough to cancel out expenses, chiefly electricity.

CryptoQuant meanwhile shows that on a daily basis, miners are not desperately selling coins to cover the shortfall in revenue.

On Nov. 8, the day of the FTX blowout, flows from miner wallets to exchanges totaled 1,300 BTC. This was the largest single-day tally since September.

Overall, the period of the FTX debacle has seen comparatively modest increase in selling compared to other spikes this year. Miners sent 4,540 BTC to exchanges on Sep. 2, while on June 22, around the time that BTC/USD dipped to then two-year lows of $17,600, the day’s total was 5,729 BTC.

Zooming out, the picture becomes even more nuanced.

Around the time of the halving, the seven-day moving average of miner exchange deposits was around 1,200 BTC per day.

The number varied significantly from day to day, but overall, what is considered a spike in November 2022 was standard practice at the time.

Fast forward to October this year, and on some days, miners sent under 100 BTC to exchanges.

The block subsidy may have halved and fees may account for less revenue in USD terms, but nevertheless, a clear trend is evident when it comes to exchange sales.

Put another way, the FTX episode has produced only a brief divergence in miner outflows relative to their one-year moving average. This is summarized in CryptoQuant’s Miner…