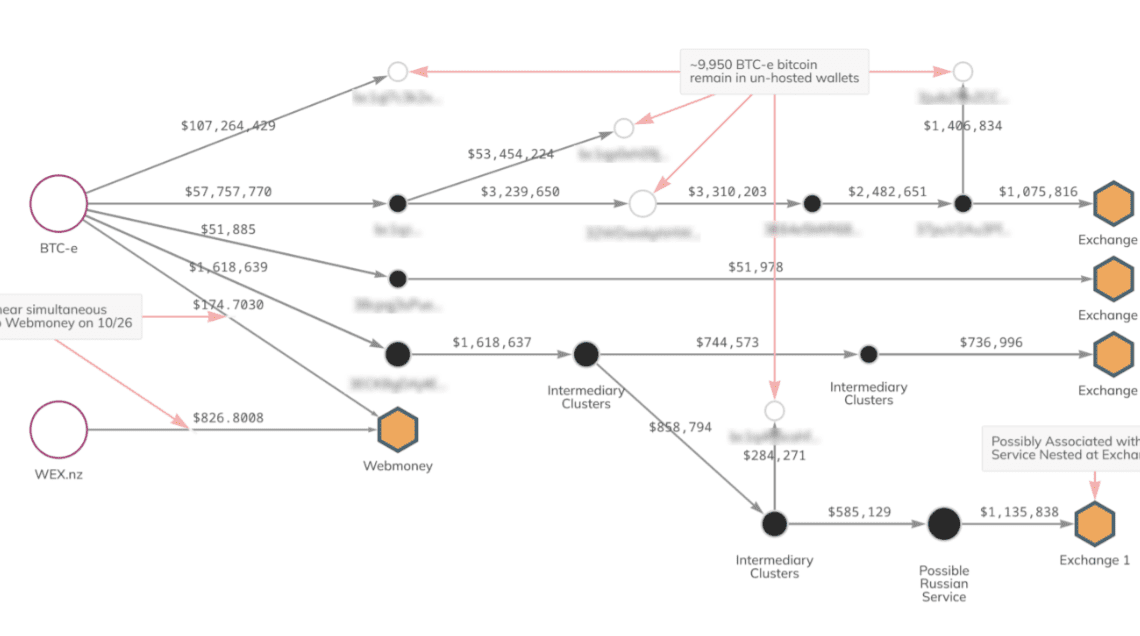 A crypto wallet belonging to the shutdown crypto exchange BTC-e has just moved 10,000 Bitcoin (BTC), currently worth over $165 million, to various exchanges, personal wallets, and other sources on Nov. 23.

A Nov. 23 Chainalysis report suggested while this withdrawal is the largest made by BTC-e since April 2018, BTC-e and WEX — an exchange which is thought to be BTC-e’s successor — both sent small amounts of BTC to Russian electronic payments service Webmoney on Oct. 26 before making a test payment on Nov. 11, then transferring out a further 100 BTC on Nov. 21.

Of the total amount sent, 9,950 BTC is thought to still be located in personal wallets, while the rest was moved through intermediaries before ending up at four deposit addresses in two large exchanges.

In a Nov. 24 tweet, Young Ju shared images of the transfer highlighting the BTC had been in the wallet for over seven years.

No surprise, it’s from criminals, like most of the old Bitcoins. It’s the BTC-e exchange wallet related to the 2014 Mt. Gox hack.

They sent 65 BTC to @hitbtc a few hours ago, so it’s not a gov auction or something.https://t.co/6LnCxFAJfX https://t.co/YdPrvJafxY pic.twitter.com/Sp2higUqbq

Young Ju also mentioned that 65 BTC had been transferred to the crypto exchange HitBTC and called on them to suspend the account for suspicious activity.

Related: Crypto has survived worse than the fall of FTX: Chainalysis

Mt. Gox was a Tokyo-based cryptocurrency exchange that once accounted for more than 70% of Bitcoin transactions. In 2014, the exchange was hacked with thousands of Bitcoin stolen, the exchange filed for bankruptcy shortly after.

BTC-e, which had its servers located in the United States, had its website shut down and funds seized by the Federal Bureau of Investigation (FBI) in 2017 after allegations that it was involved in money laundering, including crypto stolen during the Mt. Gox exchange hack.

According to Chainalysis, at the time of its shutdown BTC-e still held “a substantial amount of Bitcoin,” and in April 2018 moved over 30,000 BTC out of its service wallet.

While the owners of BTC-e attempted to remain anonymous, Alexander…