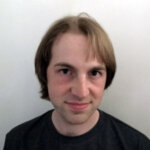 Funds tied to last February’s Wormhole attack appear to be on the move, according to various reports that emerged on Monday, Jan. 23.

Funds on the move

The attacker traded $157.2 million of Ethereum (ETH) for staked ETH (stETH), which they swapped for Lido’s wrapped staked ETH (wstETH) token. Next, the attacker used wstETH as collateral for a $13 million DAI loan before buying an equivalent amount of ETH.

The fact that the attacker ended the series of trades with ETH⁠ — the same asset they began with — suggests an attempt at money laundering. Swapping holdings this way could make transaction trails harder to analyze, much like using a coin mixer.

Though Spreek speculated that this could indicate a connection between the two attacks, others suggested that one attacker may have imitated the other’s strategy to obscure their activity.

Disclaimer: Our writers’ opinions are solely their own and do not reflect the opinion of CryptoSlate. None of the information you read on CryptoSlate should be taken as investment advice, nor does CryptoSlate endorse any project that may be mentioned or linked to in this article. Buying and trading cryptocurrencies should be considered a high-risk activity. Please do your own due diligence before taking any action related to content within this article. Finally, CryptoSlate takes no responsibility should you lose money trading cryptocurrencies.