World Cup Predictions Live Now on Bitcoin.com Games, Predict Every Match to Win up to 500 Free Rounds at the Casino – Promoted Bitcoin News 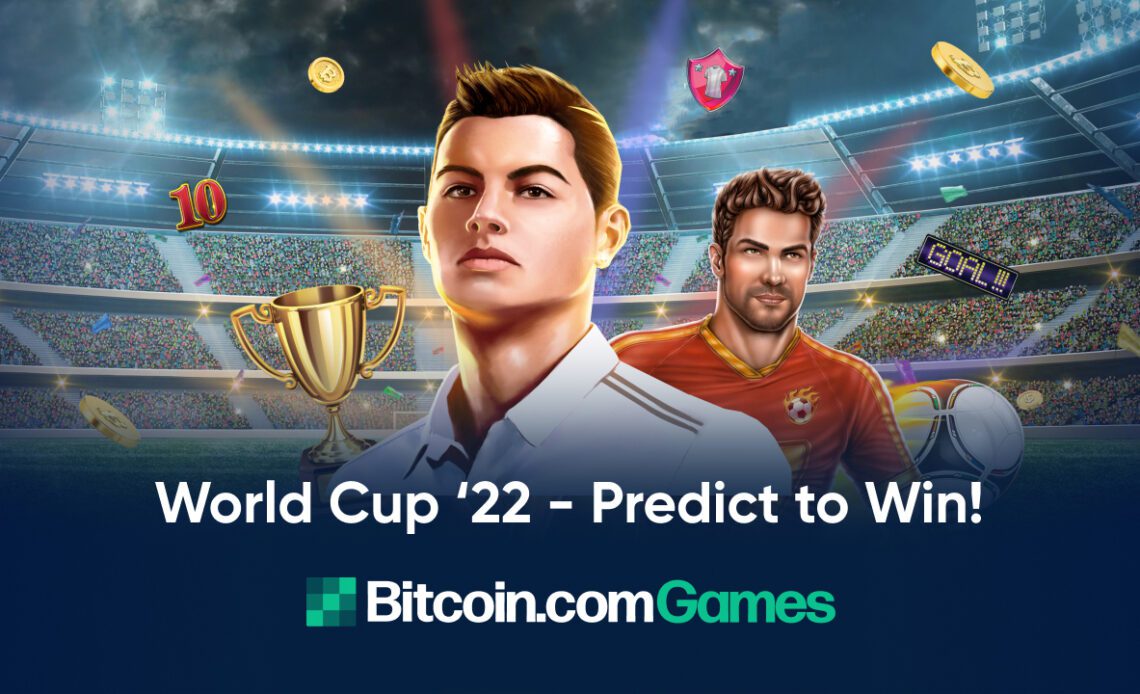 The world at large has set its eyes on the games happening at the FIFA World Cup 2022 in Qatar. Everyone at least knows one such person who is fanatically hyped up about their favorite teams or players on the roster. While professional players battle it out on the field, football enthusiasts can place their bets on the outcome of these world cup matches in the newly launched World Cup Predictions promotion by Bitcoin.com Games.

🎯Bet on your favorite games, and win free rounds!💫

Lloyd’s of London, one of the largest marketplaces for risk assessment solutions, is reported to have England at the top of their favorites list to win the world cup. Other data-driven platforms using artificial intelligence are heavily leaning towards Brazil to take the helm at the end of the tournament. Whether to believe either of them is your choice, in either case, you can capitalize on your gut feeling by participating in the World Cup Predictions promotion and placing bets on who will win in every match of the tournament.

Win, Loss, or Draw – all that players have to do to choose their favorites for each match is to collect 50 points by wagering on the casino and use those points to select what they think will be the outcome of the match. Once the match finishes and the result is declared, everyone that predicted the outcome correctly will win up to 500 Free Spins for every match.

⚽The more points you have, the more games you can predict 🪙Up to 500 Free Spins to be won on each game!💫

With more than 60 matches at the world cup, there’s a chance for everyone to win Free Spins in the World Cup Predictions promotion. What is even more exciting is that you can choose to play any of the football-themed slot games on Bitcoin.com Games in order to collect points towards the promotion. Some of these smashing slots include Football Mania Deluxe, Football Superstar, Hot Soccer, Super Striker, and many other immersive slot games that will set you in just the right mood for the World Cup.

The World Cup Predictions promotion is now live and you can bet on Win, Loss, or Draw for every game of the FIFA World Cup 2022 right up to the Finals to win loads of Free Spins!

Predict the outcome of World Cup matches in World Cup Predictions now or check out other football-themed games with big jackpots and bonuses that you can play on Bitcoin.com Games.

What do you think about World…