Will Dogecoin Dip To Local Support As Coin Trades Sideways? 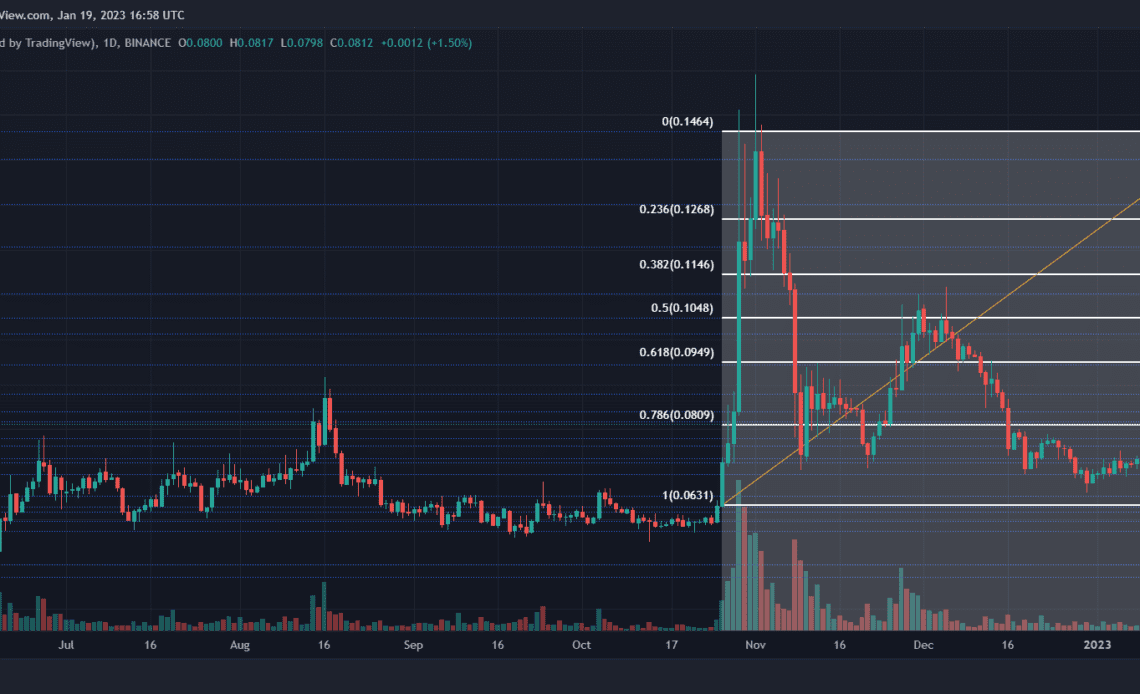 Dogecoin started losing value as soon as it fell outside its ascending parallel channel. At the moment, Dogecoin is trading laterally. Over the last 24 hours, DOGE went up by 0.3%, which confirms that the coin was stuck in a consolidated price region.

Last week, Dogecoin brought in close to 4% gains. The technical outlook for the Dogecoin price depicted that bearish momentum had set in. Demand and accumulation for the meme-coin depreciated when it started to trade sideways.

The meme coin noted a price pullback after it breached the $0.88 resistance level. Over the last few days, Dogecoin has witnessed a substantial influx of buyers; however, selling pressure has amplified at press time.

Overall, the meme coin has a bullish structure as it has managed to keep its price above the 200-Simple Moving Average line. In the shorter time frame, Dogecoin might retrace close to the $0.74 level before recovering or falling in value further. The market capitalization of DOGE declined slightly, indicating that selling pressure has mounted on the chart.

DOGE was trading at $0.81 at the time of writing. The coin corrected itself after it reached the $0.88 price level. Immediate resistance for the meme coin stood at $0.87, close to the 61.8% Fibonacci retracement level. Moving past the $0.87 mark can push DOGE to the $0.104 resistance mark.

On the other hand, if Dogecoin fails to stay above the $0.74 support level, it can fall to $0.66. If demand picks up slightly, it is unlikely that Dogecoin will fall below the $0.74 price floor. The amount of Dogecoin traded in the last session decreased, indicating that there has been a fall in buying pressure.

The meme coin has depicted a fall in demand as buyers started to decline on the daily chart. The Relative Strength Index (RSI) retraced after it stood close to the 70-mark, signifying excess buyers over sellers. This signified that the meme coin was correcting itself at press time.