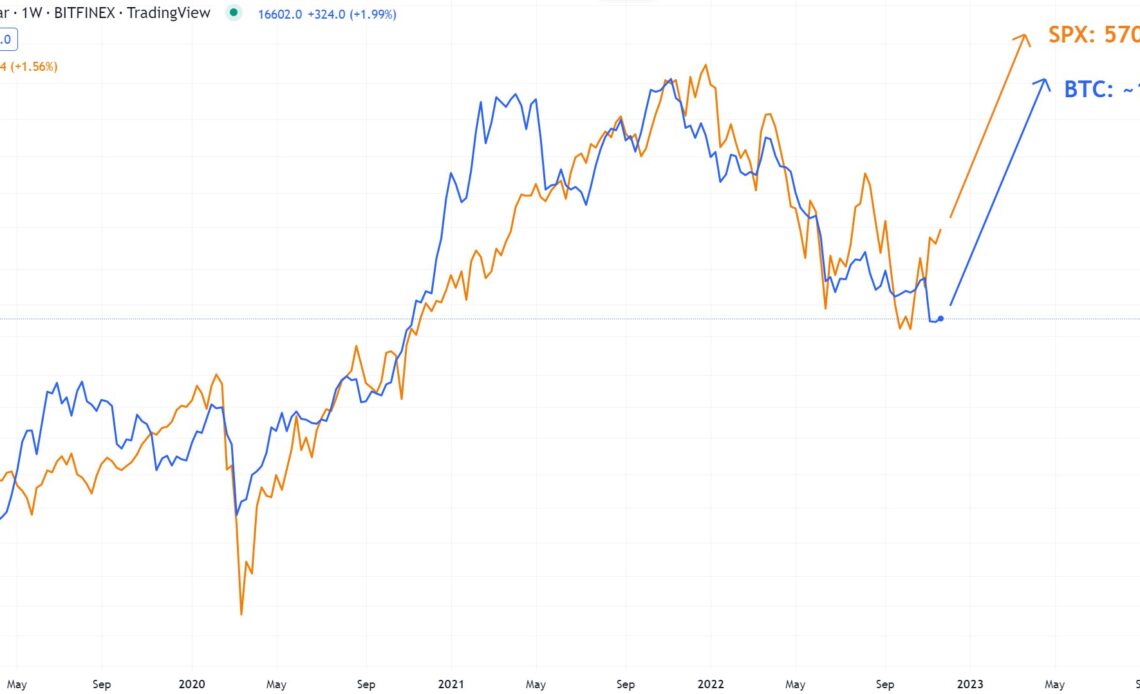 Bitcoin (BTC) may follow stocks on a “massive bull run” as the weekly chart delivers a unique sign of strength.

The latest analysis from several well-known crypto names suggests it is time to give up the bear market narrative.

Despite everyone talking about a new macro BTC price low, possibly at $12,000, new perspectives demand a rethink.

Be it thanks to macro or just good old Bitcoin price cycles, there are three new reasons to flip bullish on Bitcoin in its current state near two-year lows.

With the FTX scandal weakening the correlation between BTC and stocks, there is nonetheless no reason to abandon the idea that it will return.

For Zeberg, a rising tide lifts all boats, and a final rally throughout the risk asset field could take BTC/USD over $100,000.

An accompanying chart appeared to put the rally beginning at the start of 2023.

Back to crypto-centric triggers and on-balance volume (OBV) is one of the indicators giving a taste of possible bullish times to come.

According to popular trader Alan Tardigrade, now is the time to pay attention as the BTC/USD weekly chart has printed 20 weeks of bullish divergence.

“This indicates the weakening of downtrend momentum,” part of accompanying Twitter comments read.

“$BTC may pick up a Massive Rally.”

A move to the upside would correspond to Bitcoin’s behavior after the March 2020 COVID-19 cross-market crash.

OBV acts as a cumulative measure of buy and sell pressure by keeping a running tally of volume across a given time period. It is similar to cumulative volume delta, but encompasses more than simply bid and ask trades.

OBV is not the only bullish divergence making waves in Bitcoin analytics circles.

For Bitcoin trader and…