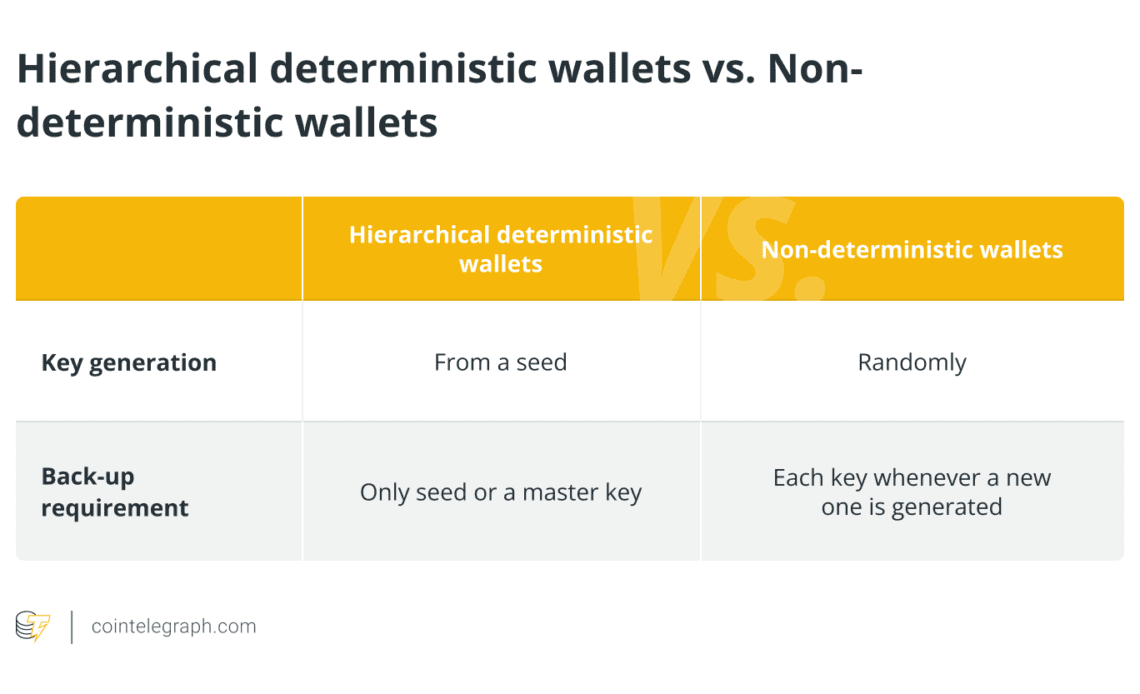 Typically, digital signatures and pairs of private and public signing keys are used in blockchain-based cryptocurrencies. That said, users spend their money by signing a transaction with the private key, and other users (recipients) can use the public key to confirm the signature&rsquo;s validity. Private keys can be used to generate public keys, but not the other way around.

For instance, a user&rsquo;s Bitcoin wallet comprises a set of private keys that enable the owner to spend any Bitcoin (BTC) linked to those keys. When the user needed them, Bitcoin wallets would randomly generate BTC addresses and private keys. Such types of digital wallets are called non-deterministic wallets (ND).

However, since the keys are not generated in any pattern, users must make a backup of each key whenever a new one is generated. That said, if the wallet&rsquo;s details are lost, all of the addresses and keys would also be lost.

This type of Bitcoin wallet is also known as a &ldquo;just-a-bunch-of-keys&rdquo; (JBOK) wallet, as it produces unrelated keys and requires users to keep track of their transactions every time they buy and sell their cryptocurrencies. So, what are hierarchical deterministic (HD) wallets?

These wallets can be used for a variety of intriguing things, such as trustless auditing, online shopping and departmental funding distribution by the treasurer. For instance, an individual might disclose their master public key to external auditors, who could then use that key to view any future transactions made using BTC. In this case, the user&rsquo;s funds are secure because the private keys linked to those funds are never revealed.

The summary of differences HD vs. non-HD wallets is listed in the table below: