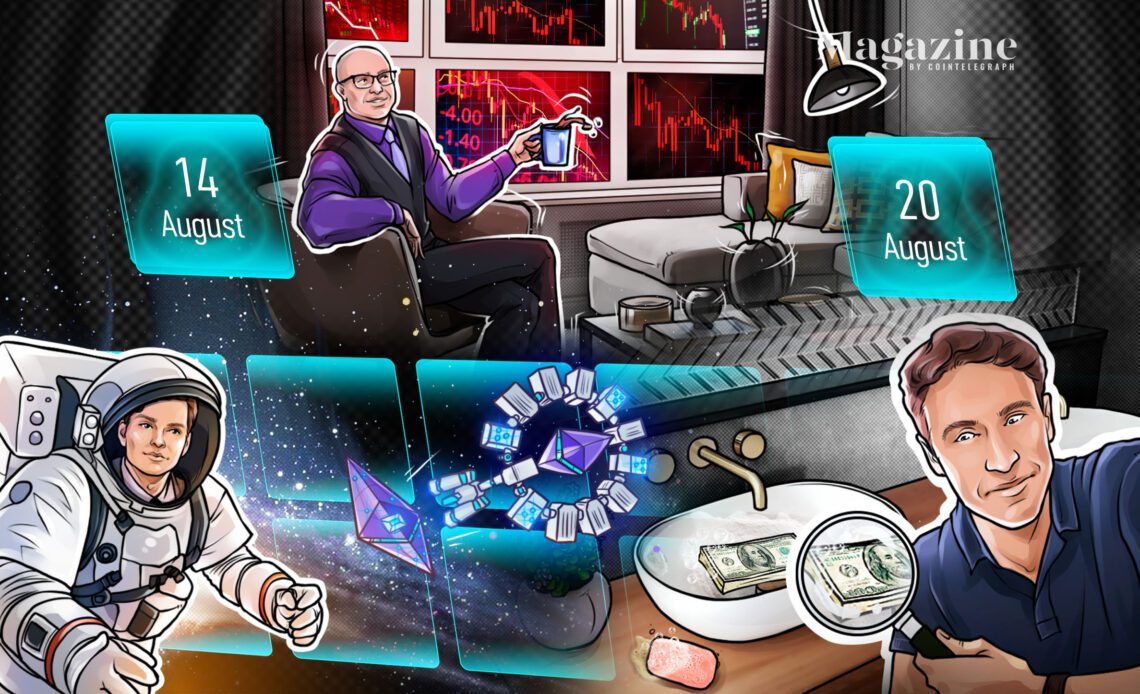 Coming every Saturday, Hodler’s Digest will help you track every single important news story that happened this week. The best (and worst) quotes, adoption and regulation highlights, leading coins, predictions and much more — a week on Cointelegraph in one link.

Ethereum Merge in trouble? Developers find bugs ahead of the planned update

Ethereum’s highly anticipated transition to proof-of-stake, popularly known as the Merge, hit a roadblock recently after developer Péter Szilágyi uncovered a bug that could cause data corruption. However, the issue was quickly resolved by Ethereum developers, who deployed a hotfix that required participants to roll back their updates and test whether things were running smoothly. The Ethereum Foundation is looking to pay considerably higher sums to bug hunters leading up to the Merge.

The Uniswap Foundation was voted into existence this week by an overwhelming majority of responses in favor of the move. A decentralized exchange, Uniswap was a hot name during the 2021 crypto bull market that was initially catalyzed by decentralized finance protocols. The privilege of voting on the formation of the Uniswap Foundation required holding UNI, the exchange’s asset. The move to create the foundation tallied over 86 million “yes” votes, far surpassing the 40 million votes in favor required for the motion to pass. Among its activities, the foundation aims to work on the Uniswap project’s governance and hire staff.

Crypto ATM provider Bitcoin Depot wants to list its stock on the Nasdaq via a merger with special-purpose acquisition company GSR II Meteora (GSRM). Bitcoin Depot is aiming to go public in the first quarter of 2023 with BTM as its ticker, pending regulatory approvals. The deal between GSRM and Bitcoin Depot totals $885 million in value. While several crypto-native firms have grown rapidly in recent years, public listings outside of Coinbase and Bitcoin miners have been rare.

To push for Web3 growth, a multi-year Metaverse plan was unveiled by Beijing’s municipal government. Although China has shown a strong aversion to private-sector crypto industry involvement, government-run initiatives are seemingly a different story. Spanning from 2022 to 2024, the Metaverse…