UK MP says stablecoin is a gateway to CBDC, only crypto can ‘disrupt’ settlements 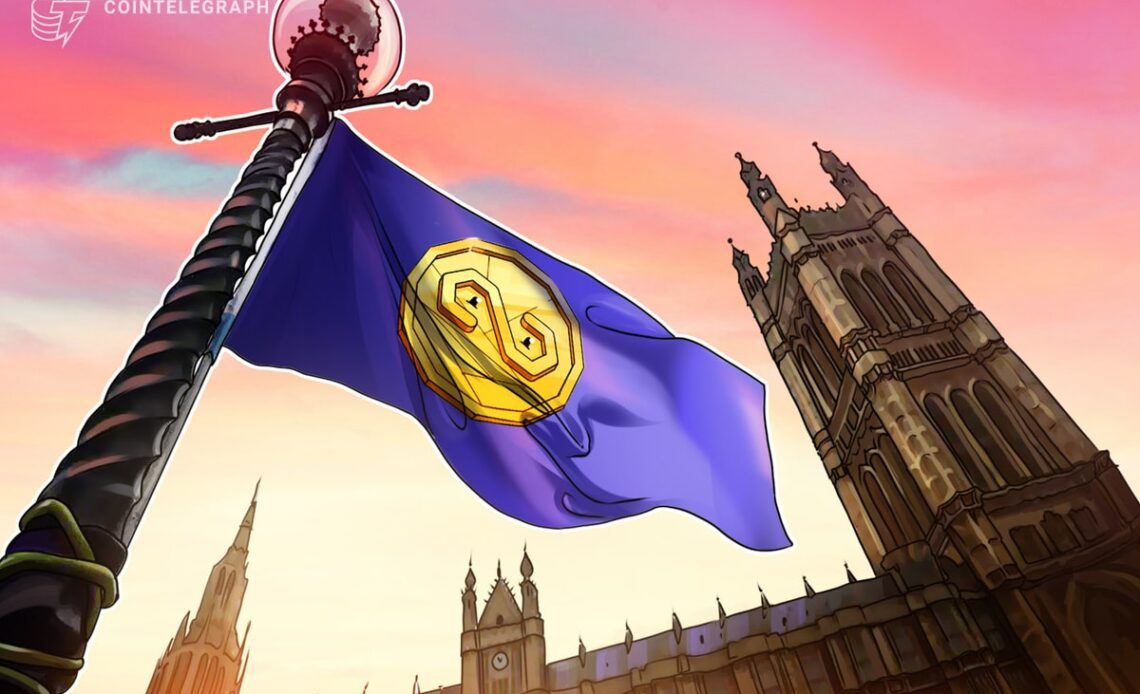 The United Kingdom remains committed to becoming a world crypto industry hub in spite of the recent negative events that have occurred on the market. It is “the sector I have dedicated the most time to,” Member of Parliament and HM Treasury Economic Secretary Andrew Griffith told a meeting of the UK Parliament Treasury Committee on Jan. 10, underscoring that commitment.

The introduction of a wholesale stablecoin and the Financial Markets Infrastructure (FMI) sandbox will be next steps in the process. Those elements are included in the Financial Services and Markets (FSM) bill, which will have its second reading in the House of Lords also on Jan. 10.

A stablecoin will likely serve as a “first use case of what is likely to be a wholesale settlement coin” in the “long runtime” leading up to the potential introduction of a central bank digital currency (CBDC), Griffith said.

Griffith defended the work being done on stablecoin, saying stablecoin is “here now” and so in need of immediate attention and noting that it is unclear whether a CBDC would displace private stablecoins on the market if a CBDC were introduced.

A retail British CBDC, if one were to be introduced, would be an anonymized and intermediated platform by design, Griffith said.

A consultative paper on CBDC will appear “in weeks, not months,” to be followed by a another on crypto regulation more broadly. The government will also hold at least six roundtables with the crypto sector this year.

It is “not the government’s position that this [crypto-based technology] is an inevitability,” Griffith said, but he added that current technology cannot solve issues in the financial sector such as settlement time “in a disruptive way,” as blockchain technology can.

The @CommonsTreasury Inquiry in to #Cryptoassets continues today with another oral evidence session. This time including Andrew Griffith MP, Economic Secretary.#crypto #cryptoregulation #cryptoinquiry

For retail users, Griffith drew a clear line between crypto as an investment and as a means of payment. Unbacked cryptocurrency may “find a role or not in the market,” Griffith held.

Crypto-based payment methods are an issue for digital and financial inclusion, but “there is a very strong commitment…