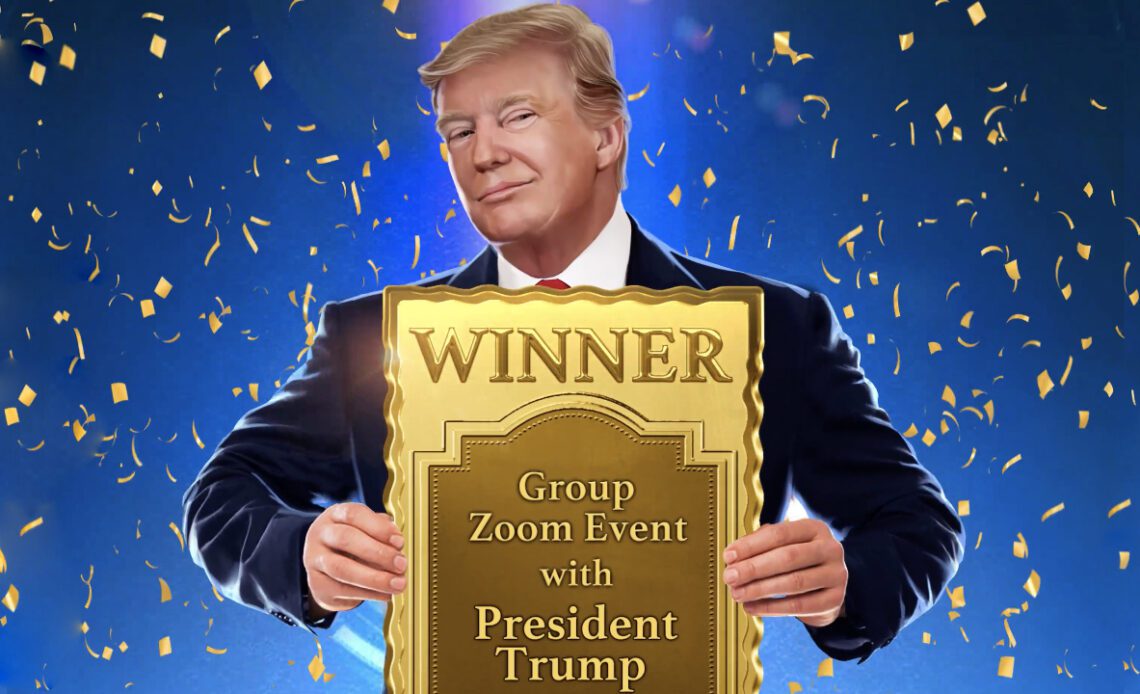 Following the launch of Donald Trump’s non-fungible token (NFT) card collection, winners of the Trump-themed prizes are selling prize NFTs on secondary NFT marketplaces such as Opensea. The Polygon-minted NFTs act as passes for a one-on-one Zoom meeting with the 45th president of the United States and a gala dinner with Trump. During the past 24 hours, the “Win Trump Prizes” collection has seen 38 ether, or roughly $53,000 in sales, on Thursday, Jan. 12, 2023.

The former president of the United States, Donald Trump, recently sold a collection of non-fungible token (NFT) cards that sold out on the first day of its launch. The NFT collection caused a stir among pundits on the left side of the political spectrum. When the sale was conducted, NFT owners were given a chance to win special prizes related to Trump, including golfing with the former president, a one-on-one Zoom call, and an invitation to a gala dinner with Trump in Florida.

Those prizes were minted as NFTs on the Polygon blockchain, just like the trading card set. They are now seeing secondary sales on Opensea, the leading NFT marketplace in terms of sales volume. At 3:00 p.m. Eastern Time on Jan. 12, 2023, the “Win Trump Prizes” collection on Opensea has seen 38 ethereum (ETH), or roughly $53,000 in sales, during the last 24 hours.

At the time of writing, the Win Trump Prizes collection has a floor value of around 0.0219 ETH. One particular ticket, called a “Group Zoom Event w/ Pres. Trump,” is selling for 0.0466 ETH or $66.43 for the NFT ticket. Trump’s prize NFT sales currently hold the 48th position in terms of NFT collection sales in the last day. It has surpassed the Rarepass NFT collection, which raked in $52,458 today, and it is below the Rektguy NFT collection’s $54,444 in sales over the last 24 hours.