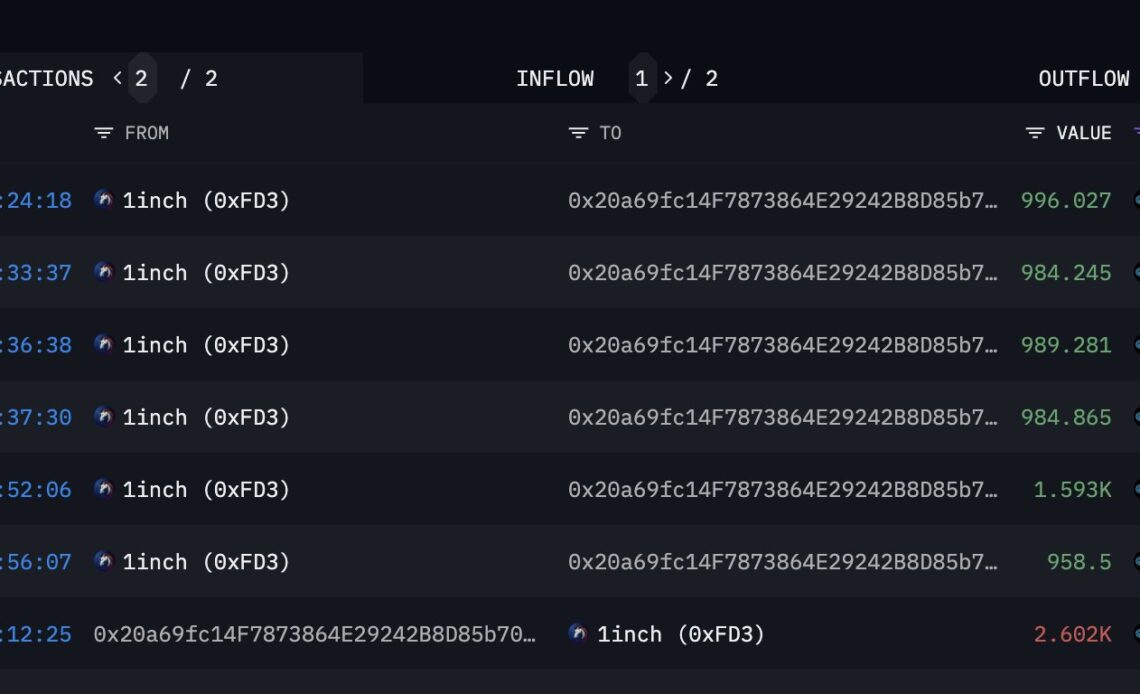 Insider trading has become a burning topic in the crypto ecosystem, especially in light of the recent conviction of an ex-Coinbase manager’s brother. The insider trading charges were believed to be the first involving cryptocurrency, and now another set of wallet addresses with transaction history linked to Binance listings has raised suspicion.

Conor Grogan, director of Coinbase, took to Twitter to flag the transaction activity of a few anonymous wallets over the past 18 months. The anonymous wallets allegedly bought multiple unlisted tokens minutes before their listing announcement on Binance and dumped them right after the announcement.

The first such instance came in the form of Rar tokens where one of these wallets bought $900,000 Rari seconds before and dumped it minutes after listing.

A similar pattern was observed before the RAMP token listing on Binance, where one of these wallets starting with 0xaf bought $500,000 of RAMP over a few-day period, before sending it to Binance minutes after the listing announcement. The owner made a $100,000 profit on the trade.

Another $100,000 payday came from Binance’s GNO listing, where the owner of the wallet dumped the newly listed token on the market in the same fashion.

The token dump right after its listing on Binance has profited these wallets hundreds of thousands of dollars. The trade’s accuracy indicates that the wallet owner has access to insider information on these listings.