Spain for the win? Top 3 fan tokens to watch during the FIFA World Cup 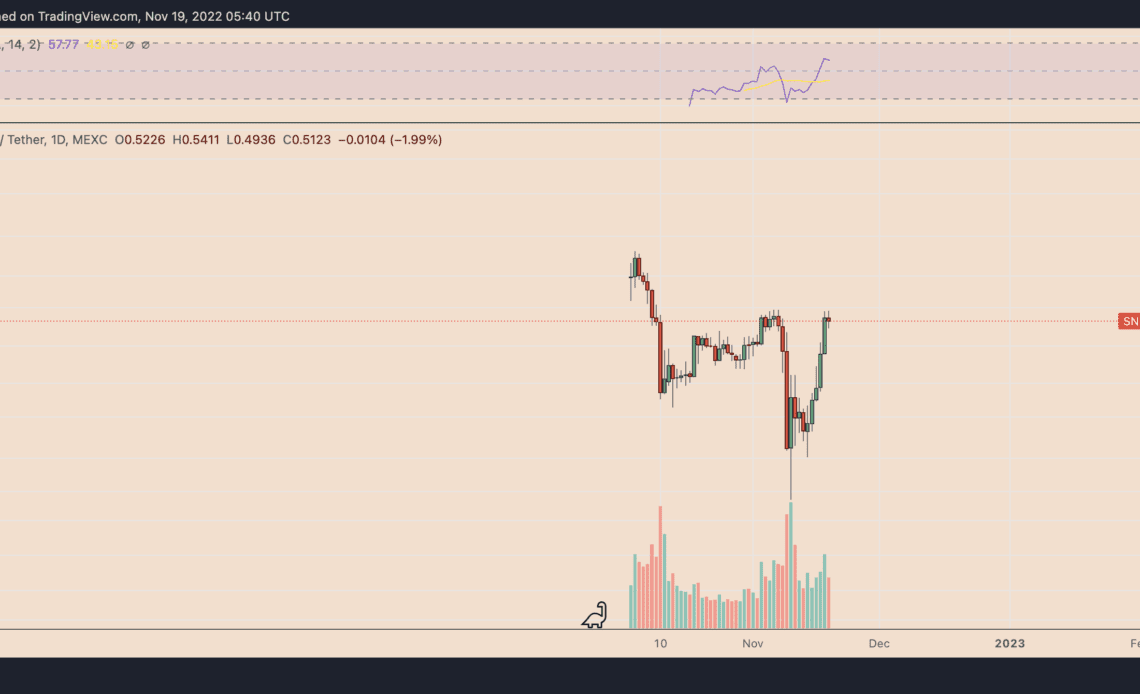 The FIFA World Cup in Qatar is boosting the value of national soccer club fan tokens despite the cryptocurrency bear market.

These digital fan tokens are currently rallying despite the cryptocurrency market downturn, securing up to 170% gains from the Nov. 10 lows. At the core of the massive uptrend is the World Cup, which will be held from Nov. 20 to Dec. 18 in Qatar.

Fan tokens are cryptocurrencies that enable fans to engage with and participate in their favorite team’s decisions. Moreover, they create new sponsorship opportunities for sports clubs and national squads outside of traditional revenue sources.

Here’s a brief overview of the top gainers in the fan token sector, alongside their technical outlook during the course of the World Cup.

The Spain National Football Team Fan Token (SNFT) emerged as the top gainer in the sports token section, rising 170% to a high of $0.54 on Nov. 19, nine days after bottoming out at $0.20.

SNFT’s outperformance versus other fan crypto tokens may reflect the Spanish football team’s higher odds of winning the World Cup in 2022. But in traditional terms, Spain’s odds of winning the trophy is +800, meaning betting $100 would yield $800, according to Vegas Insider.

From a technical perspective, SNFT trades inside a neutral zone, as confirmed by its daily relative strength index (RSI) at around 58, below its overbought threshold of 70.

In other words, SNFT shows potential to continue its rally during the World Cup and its price should reflect how the Spain National Football team performs.

For instance, back-to-back wins for Spain may stretch SNFT’s valuation above its current resistance level of $0.538 for a potential run-up toward its record high near $0.718, as shown in the four-hour chart below.

Spain will next play Costa Rica on Nov. 23 in the Group E category, followed by a standoff against Germany on Nov. 28.

The Brazil National Football Team Fan Token (BFT) appears to be the crypto market’s second favorite fan token. Its price has rallied 130% in just nine days, from $0.45 on Nov. 10 to over $1 on Nov. 19.

Brazil is the favorite…