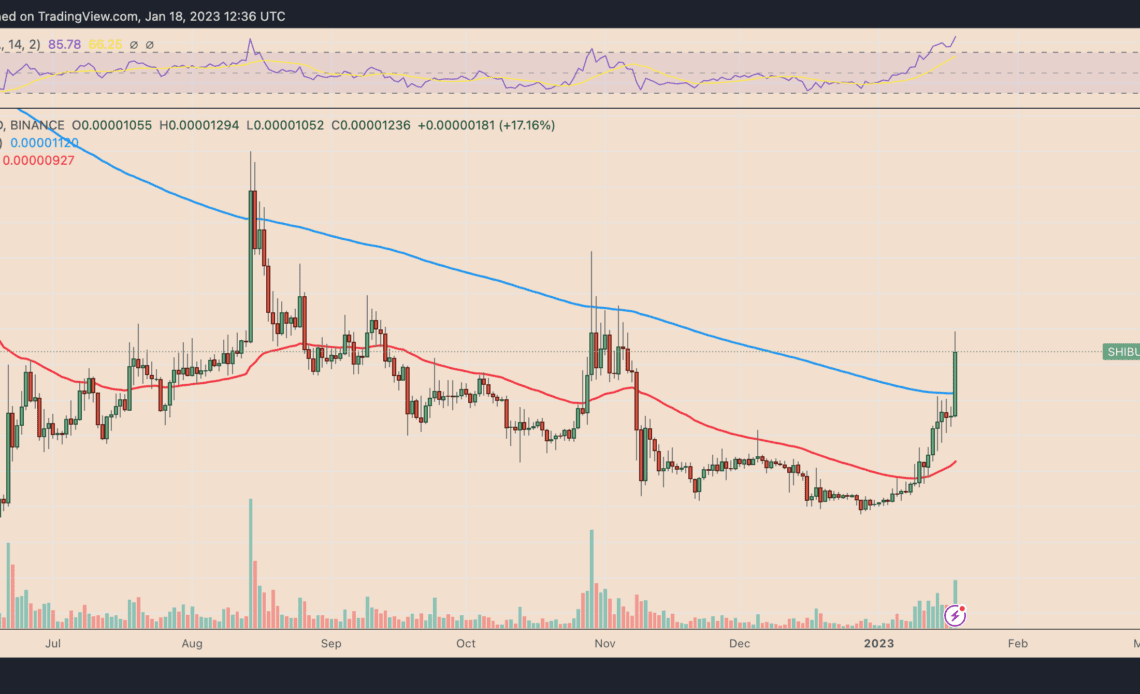 Shiba Inu is hoping to become more than just a Dogecoin-inspired meme cryptocurrency as it comes closer to launching its layer-2 network called Shibarium. Meanwhile, the SHIB token has emerged as one of the best-performers so far in 2023.

The gains started appearing mainly due to favorable macro conditions that prompted similar rallies elsewhere in the crypto market. Nonetheless, the Shiba Inu price rally picked up momentum as investors assessed its announcement of the upcoming beta release of Shibarium.

Shibarium is reportedly a layer-2 network that would run atop the Ethereum blockchain mainnet. In other words, it would enable developers to build and launch decentralized applications (dapps) while aiming for lower transactional costs and improved network scalability.

Shiba Inu price is now up 25% since Jan. 16 when the Shiba Inu team teased its audience with the Shibarium launch announcement.

Introduction to Shibarium: Shiba Inu’s Layer 2 Network — Rejoice #ShibArmy! Shibarium Beta is about to be launched, and through this article we want to introduce some basic concepts in order to provide clarity to the community.

Shiba Inu price: Another 75% boom ahead?

Shiba Inu’s rally has made it an excessively bought asset on a daily timeframe, according to its relative strength index (RSI) reading at almost 86 on Jan. 18 — sixteen points above the overbought threshold of 70.

Related: What is ShibaSwap and how does it work?

Ideally, an overbought RSI prompt investors to unload their positions, leading to a price correction. In other words, SHIB risks dropping toward its 200-day exponential moving average (200-week EMA; the blue wave) near $0.00001120.

However, on a long-term basis, SHIB’s price rally is likely to continue, if the bullish reversal pattern on the weekly chart is to be believed.

Dubbed the “falling wedge,” the pattern develops when the price trends lower inside a range defined by two descending, converging trendlines.

It resolves after the price breaks above the upper trendline toward the level at a length equal to the wedge’s maximum height.

SHIB has entered the breakout stage of its falling wedge pattern, as shown below. It now sees an extended…