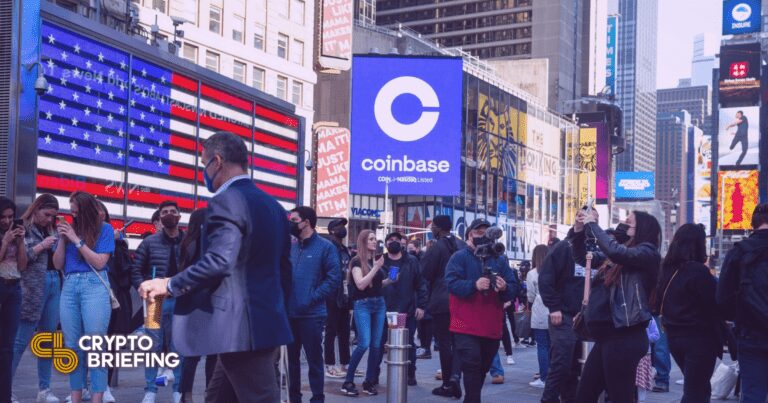 Coinbase has been involved in multiple private and public spats with the U.S. Securities and Exchange Commission over the past year.

The SEC subpoenaed Coinbase and requested information and documents related to its business operations and products, new filings show.

According to a quarterly report filed by Coinbase Wednesday, the largest U.S.-based crypto exchange is being probed by the U.S. regulator over its token listing process and specific customer programs.

“The Company has received investigative subpoenas and requests from the SEC for documents and information about certain customer programs, operations, and existing and intended future products, including the Company’s processes for listing assets, the classification of certain listed assets, its staking programs, and its stablecoin and yield-generating products,” the company said in the Q-10 filing, which all public companies must submit to the securities regulator at the end of each fiscal quarter.

The disclosure comes after the SEC accused Coinbase of listing “at least nine” tokens that could be classified securities in an insider trading lawsuit against one of its former employees. Following the July 22 lawsuit, Coinbase published a blog post accusing the SEC of “regulation by enforcement” and a lack of clear standards for classifying securities. “Coinbase does not list securities. End of story,” the post’s headline read.

However, this spat isn’t Coinbase’s first with the regulator. In September 2021, Coinbase’s chief legal officer Paul Grewal said in a blog post that the SEC had threatened to sue the exchange over its planned Coinbase Lend program without clarifying why. “Last Wednesday, after months of effort by Coinbase to engage productively, the SEC gave us what’s called a Wells notice about our planned Coinbase Lend program,” Grewal wrote. A Wells notice is an official procedure a regulator follows to tell a company it intends to sue it. Grewal said the exchange…