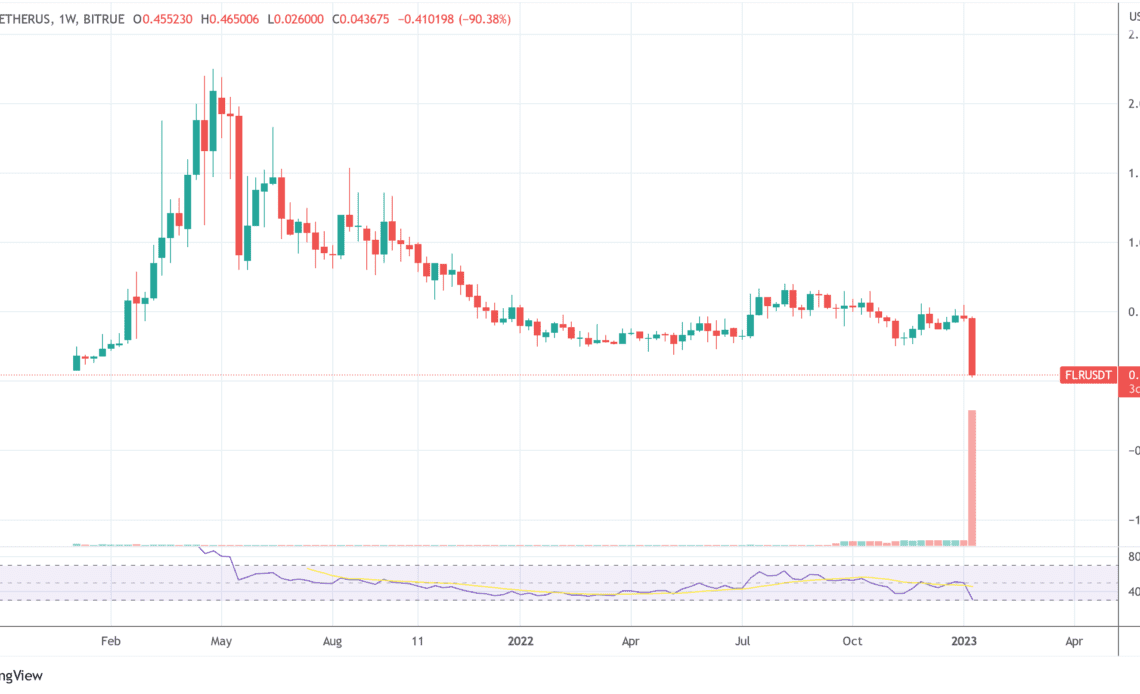 Ripple CTO David Schwartz voiced harsh criticism against the Flare Network in a series of tweets today. After more than two years following the snapshot for XRP holders, the project finally conducted its airdrop for the FLR token on Monday, January 9.

As NewsBTC reported, the FLR token already experienced a massive dump of more than 71% on Bitrue in the run-up to the airdrop, where the token could already be traded as IOU. After that, things didn’t get much better and FLR dropped even further, totaling a loss of 93% since Sunday, January 8. At press time, FLR was trading at $0.0437.

Via Twitter, Ripple’s chief technology officer wrote that the current rules for holding Flare for subsequent airdrops provide absolutely no incentive not to sell Flare now. “You lose *nothing* if you sell now,” Schwartz said.

He added that while it’s true that XRP holders miss out on subsequent airdrops, you don’t lose them. As the Ripple CTO explained, you can get 100% of their value if you sell your Flare, as the buyer can wrap the token and get the airdrops.

In general, Schwartz considers the distribution of the airdrop “a very strange decision.” For a long time, the project advertised that XRP holders would receive the full amount of FLR tokens right away.

However, the team did not keep its promise. They declared that with the first airdrop, only 15% of the total amount of 1.0073 FLR will be distributed for each XRP. The remaining 85% of FLR tokens will be airdropped in 36 monthly installments, with the method of distribution still dependent on a community vote.

Schwartz sees this as a breach of their commitment. “I want to be wrong, but I don’t see how,” the Ripple CTO said, following up with another serious allegation:

I feel bad saying this. I love the project and want the best for it and want to believe the best about it. But my honest opinion is that they leveraged the XRP community to grow and weakened their promises drastically when they felt they didn’t need it anymore.