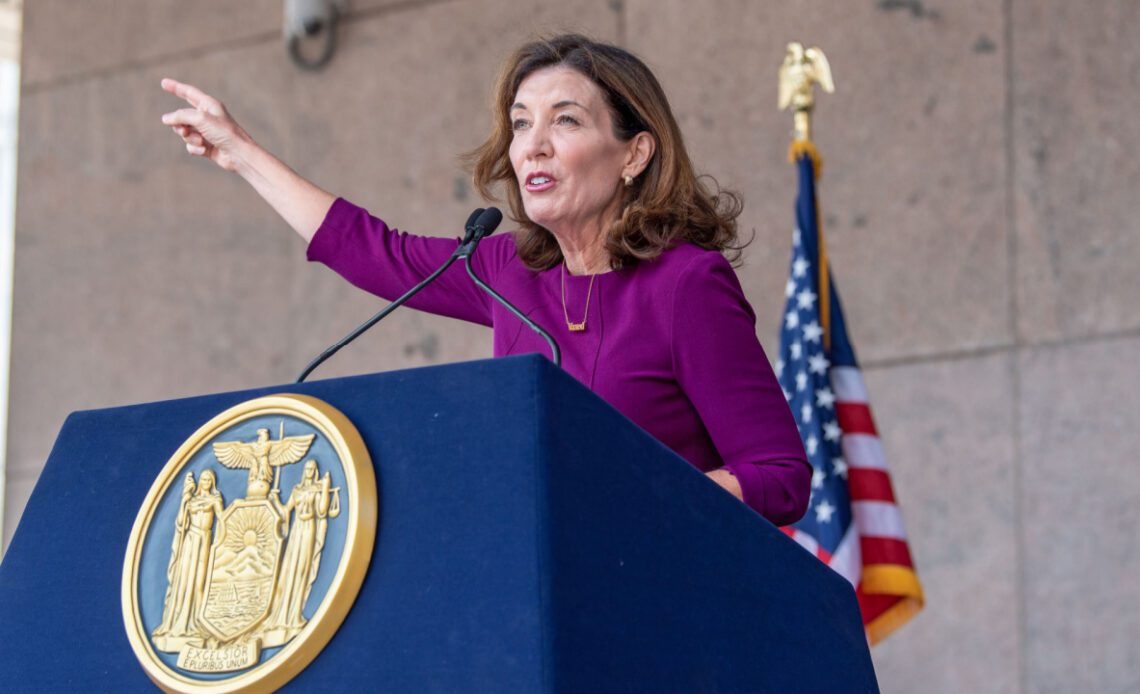 A moratorium on some crypto mining operations relying on carbon-based energy has been signed into law in New York. Businesses engaged in proof-of-work mining in the state will not be able to expand or renew their permits for the next two years as a result of the ban, which is likely to have consequences for the industry across the United States.

New York Governor Kathy Hochul signed a law on Tuesday partially banning cryptocurrency mining using power generated from fossil fuels. The legislation will prevent companies involved in proof-of-work (PoW) mining that don’t use solely renewable energy such as hydropower from expanding, and renewing or obtaining new permits in the next two years.

The bill introducing the temporary restrictions, which passed the state assembly and senate this past spring, targets specifically PoW authentication, the method employed to validate blockchain transactions for cryptocurrencies like bitcoin, as it requires significant amounts of electricity to run the powerful computing hardware.

In a legal filing quoted by the CNBC, Hochul noted that the decision “is the first of its kind in the country.” According to a report by Bloomberg, the governor has been postponing the signing of the mining law amid intensive lobbying from the sector. She also emphasized her intention to “ensure that New York continues to be the center of financial innovation” while prioritizing environmental protection.

Representatives of the industry fear that the ban could have a domino effect across the U.S., a major player in the crypto mining market. The nation’s share of the average monthly global hashrate neared 38% in January, according to the Cambridge Bitcoin Electricity Consumption Index. The Chamber of Digital Commerce issued a warning statement:

The approval will set a dangerous precedent in determining who may or may not use power in New York State.

The law would weaken New York’s economy and stifle its future as a leader in technology and global financial services, said the Chamber’s founder and chief executive Perianne Boring. In earlier comments, she also pointed out that the decision will eliminate jobs and “disenfranchise financial access to the many underbanked populations.”

According to other experts, the moratorium could force crypto mining companies to relocate to more favorable jurisdictions such as Georgia, North Carolina, North Dakota,…