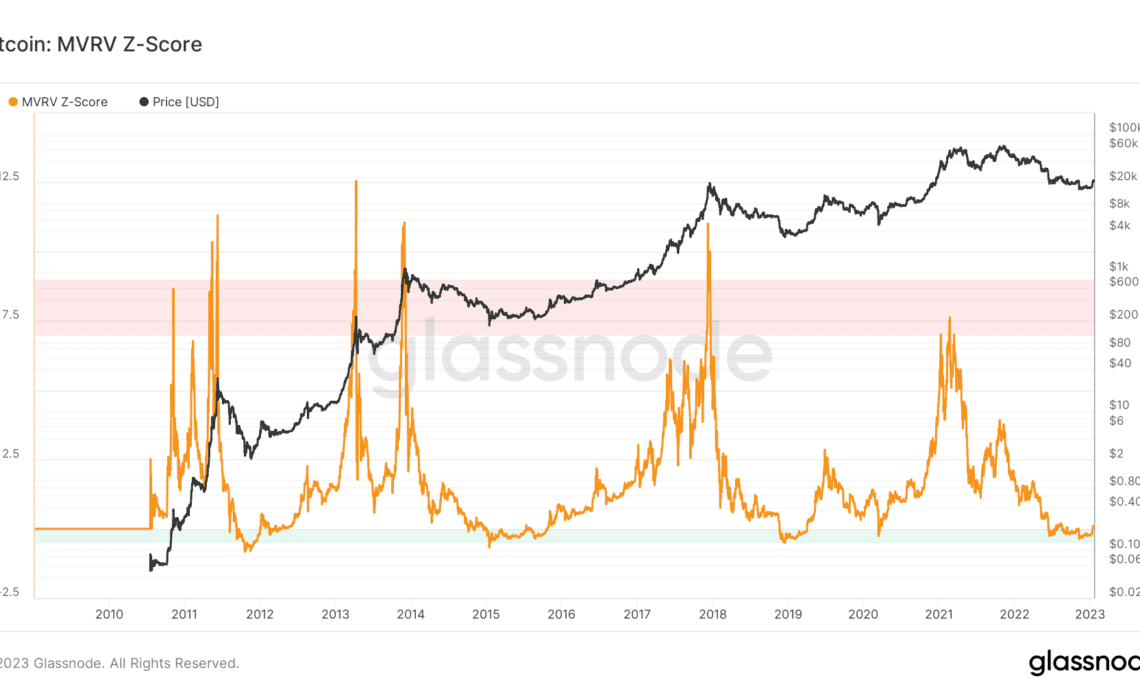 CryptoSlate analysis of Bitcoin (BTC) metrics reveals that the market bottom may have been reached as investors continue accumulating BTC and pushing illiquid supply up to 80%.

Analysts reviewed metrics, including the MVRV-Z and Realized Price metrics, to discover both indicate bullish sentiments.

The MVRV-Z score is used to assess whether BTC is over or under-valued. When the market value is significantly higher than BTC’s “fair value,” the metric stays in the red zone. On the other hand, if the price is lower than BTC’s realized value, the metric lingers around in the green area. The chart below represents the MVRV-Z metric with the orange line.

The metric entered the green zone in mid-2022, right after the LUNA collapse, and has been moving within the green area since then. It only broke through very recently, which might signal that the market bottom has been reached.

Investors have been accumulating BTC over the past few months. However, cCyptoSlate analysis from Dec. 13, 2022, revealed that the amount of BTC that sat on exchanges had hit its all-time low since 2018.

The withdrawals have also been in large chunks, and at the end of November, over $2 billion worth of BTC was withdrawn from Coinbase. On Dec. 23, Binance lost 90,000 BTC from its…