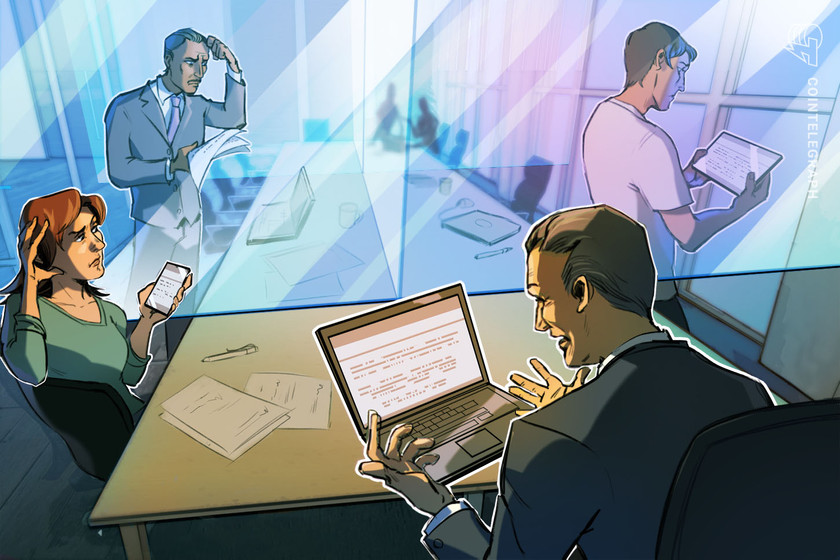 Bankrupt crypto exchange FTX has appointed restructuring administration firm Kroll as its agent to track all claims against FTX and ensure interested parties are notified of developments throughout its Chapter 11 bankruptcy case.

Known as the “claims and noticing agent,” Kroll was appointed to the role on Nov. 12 with the news made public on Nov. 17, and aims to compile a database of all claims against FTX Trading and 101 affiliated companies.

FTX Group has established Kroll as its claims agent, and all official documents filed with the U.S. Bankruptcy Court can be found online at https://t.co/7Bsn9Ggckf. pic.twitter.com/OFuCmlJXgJ

At the time of writing, this database lists only eight claims, including one from Singaporean-based blockchain development firm Ethereal Tech for $11.7 million, but will soon be fleshed out as more claims against the group are lodged.

For example, one other case that Kroll has worked on, that of rental car company Hertz, has 62,061 claims against it from its Chapter 11 bankruptcy case.

The eight claims currently included already amount to $40.9 million, though FTX Trading alone is understood to owe customers and investors as much as $8 billion.

Within the filing, the firm has also compiled a list of interested parties it will keep updated on developments, which it acknowledges is incomplete and does not currently include customers.

This list is currently composed of approximately 750 parties who have some kind of interest in the case, with some of the included groups consisting of debtors, banks, landlords, insurance providers, directors, landlords, and regulators.

Meanwhile, the number of creditors involved with FTX is thought to be in excess of one million, and corporate securities lawyer Margaret Rosenfeld told Cointelegraph it will take years before any begin to receive any funds back, adding:

“You can’t make creditor distributions until these claims are analyzed. It’s also way too early to speculate on what kind of distribution creditors will get back. Though in mega cases, such as this, full recovery would be unusual.”

Kroll Restructuring Administration is an indirect subsidiary of Kroll LLC, which is one of the world’s largest corporate intelligence companies….