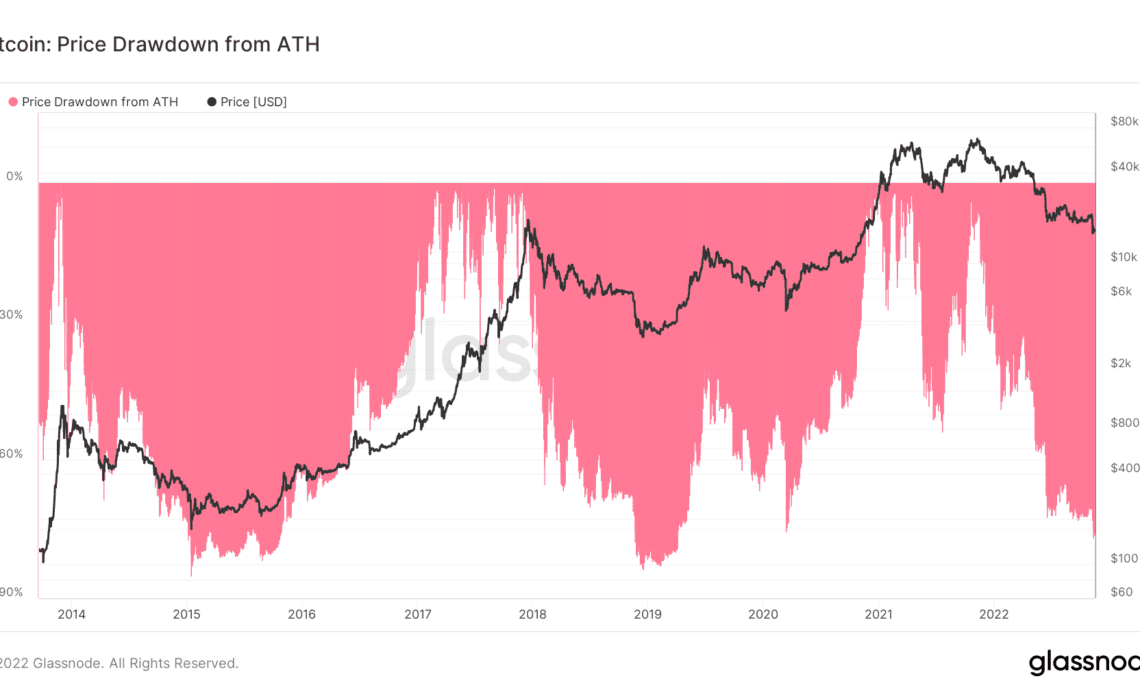 With the fallout from the FTX bankruptcy scandal still unfolding, questions remain over how many major crypto entities will be affected and how big industry losses will be.

BTC/USD fell over 25% last week as the ramifications became known and has failed to recover much lost ground.

At the same time, multiple comparisons to Mt. Gox have emerged: alleged mismanagement, poor security and insider trading activity have all been cited as examples.

The raw data, however, reveals some interesting additional numbers to bear in mind.

In the months that followed, Bitcoin lost up to 85% of its value versus that high, bottoming out in January 2015 — almost a year after the hack.

This cycle became the first Bitcoin bear market witnessed on a wide scale by hodlers, and it took until December 2017 for another all-time high to emerge.

With the timeframes similar between FTX and Mt. Gox, the question facing analysts is whether BTC price action will add another 10% to its drawdown versus its prior peak — or worse.

As Cointelegraph reported, calls for a return to $10,000 were already in place even before the FTX episode. The black swan bankruptcy, others warned, has, meanwhile, set the crypto industry back several years.

Comparing FTX to a similar black swan event from almost ten years ago may seem out of place. However, the numbers involved are eerily similar in some respects.

Mt. Gox lost 840,000 BTC, worth at the time around $460 million. Before going down, FTX had a Bitcoin balance of 20,000, according to data from on-chain analytics platform CryptoQuant — also worth just over $400 million.

As a fraction of market cap, however, this year’s losses pale in comparison to…