Ethereum Developer Says the Merge Could Ship in August 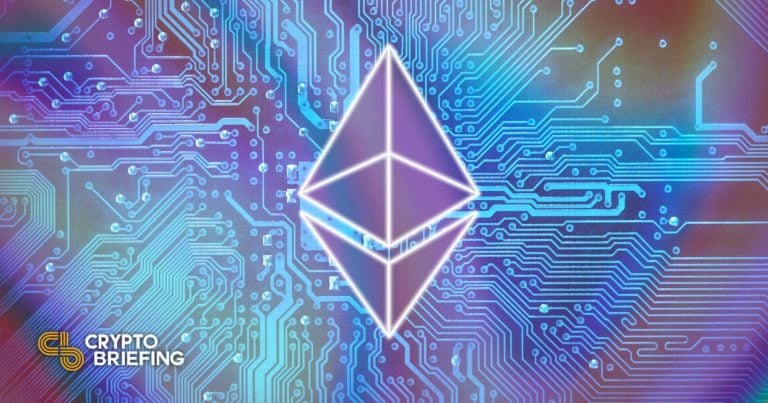 Preston Van Loon has told Permissionless conference attendees that the Ethereum Merge could happen as soon as August.
Van Loon said there was a “strong desire” to have the Merge occur before the network’s difficult bomb sets off.
Ethereum developers have also scheduled the Ropsten testnet Merge for Jun. 8.

The Ethereum Foundation’s Preston Van Loon, Justin Drake, and Vitalik Buterin have given new estimates for the network’s “Merge” to Proof-of-Stake, indicating it could take place in August.

Ethereum Merge Could Launch in August

According to multiple members of the Ethereum Foundation, “the Merge” to Proof-of-Stake could be less than three months away.

“As far as we know, if everything goes to plan, August—it just makes sense,” said Van Loon during a panel discussion with Ethereum researcher Justin Drake and Figment CEO Lorien Gabel. Benjamin Cohen shared a clip of the discussion on Twitter Thursday.

Ethereum core Dev @preston_vanloon just said the eth merge is ready,they are now only testing, and expects the merge to happen in August. Packed room @Permissionless are excited about it. Great question @TrustlessState. Also on panel @drakefjustin pic.twitter.com/vX4beNatJ5

Ethereum co-founder Vitalik Buterin and the Ethereum Foundation’s cryptography researcher Justin Drake have also given similar estimates for the Merge date. However, Buterin, who recently spoke at the ETH Shanghai Summit, was more conservative in his latest estimate, saying that the Merge could instead take place in September or October.

In April, the Ethereum Foundation’s Tim Beiko said that the Merge would not happen by the previous June 2022 estimate. However, Van Loon has indicated that there is a “strong desire” within Ethereum’s development circle to make the Merge happen before the network’s difficulty bomb sets off in August.

Ethereum developers created the difficulty bomb in 2016 as a way to ensure network participants move to the new Proof-of-Stake chain after the Merge. Once the difficulty bomb is activated, mining blocks on the network will take progressively more computing power until it becomes impossible.

Ahead of the Merge, developers will also conduct a trial Merge on the Ropsten Ethereum testnet. Earlier this week, a Github pull request confirmed that the Ropsten testnet Merge is set to take place around Jun. 8, signaling that preparations for the mainnet Merge are nearing completion. Ethereum has already successfully completed several Merge testnets.

The Ethereum Merge is a highly-anticipated update that will combine the current consensus layer with the new Proof-of-Stake Beacon Chain. The Merge will transition Ethereum away from the energy-intensive Proof-of-Work consensus mechanism to Proof-of-Stake and reduce ETH issuance by approximately 90%.

Disclosure: At the time of writing this piece, the author owned ETH and several other cryptocurrencies.