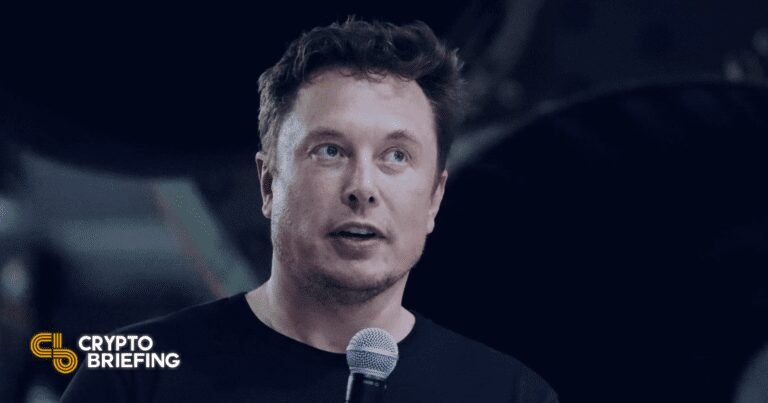 Elon Musk has closed his $44 billion Twitter buyout deal.
The Tesla and SpaceX CEO reportedly fired several of the social media giant’s senior executives as the deal closed.
Musk has shown interest in integrating crypto on Twitter, raising questions about the future of the technology in the context of one of the world’s most used social media apps.

the bird is freed

Elon Musk completed his controversial $44 billion buyout of the social media giant early Friday, announcing the development with a four-word tweet to his 111 million followers. “the bird is freed,” the Tesla and SpaceX CEO wrote, confirming the end of a months-long saga that culminated in a legal battle and widespread media coverage.

According to multiple news reports, Musk has fired several senior executives since signing the deal, including Chief Executive Officer Parag Agrawal, Chief Financial Officer Ned Segal, General Counsel Sean Edgett, Head of Legal Policy, Trust, and Safety Vijaya Gadde. Agrawal and Segal were reportedly escorted out of Twitter’s San Francisco headquarters as the deal closed. The reported dismissals come after it emerged that Musk would cut 75% of the company’s workforce, though Musk later dismissed those claims.

Earlier this week, Musk was seen at Twitter’s headquarters and changed his bio to “Chief Twit.” He’ll now reportedly assume the role of CEO, though neither he nor Twitter have posted confirmations of the changes in management.

While Musk said in a Thursday statement that he bought Twitter “to help humanity,” questions loom over how he plans to change one of the world’s most powerful communications platforms. Musk has said that he hopes Twitter will cater to people from both sides of the political spectrum and curb left and right extremism, arguing that the platform represents the world’s best example of “a common digital town square.” Musk has warned that social media apps like Twitter are at risk of creating more division and hate, but some have taken issue with his views, fearing that his relaxed approach to censorship could lead to an increase in hate speech.

In an ironic twist of fate given that the platform now sits in the control of one centralized owner, Twitter has long been the social media app of choice for the cryptocurrency community. Twitter’s key role in crypto is such that enthusiasts have coined the term “Crypto Twitter” to refer to the hivemind of crypto-related conversations that spill across thousands of tweets every day. Almost every major figure and brand in crypto is active on Twitter, and it’s widely viewed as the best place to stay up to speed with the latest happenings in the fast-moving industry.

To assist Musk with his buyout, Binance contributed $500 million, the exchange’s CEO Changpeng Zhao confirmed early Friday. Though it’s unclear how crypto will influence Musk’s Twitter plans, he has previously hinted that Dogecoin could be used for Twitter-based payments. Musk became infamous in crypto in 2021 as he endorsed the space’s original meme coin, and his famously goofy online presence would often jolt markets as he took on the role of Dogecoin’s de facto figurehead; DOGE rallied as he appeared at Twitter’s headquarters this week. Musk has also said that he hopes to solve Twitter’s bot problem, an issue that’s negatively impacted Crypto Twitter as the space has boomed over the past few years.

In the background, Twitter has increasingly embraced crypto over the past two years. It confirmed the launch of a new feature called NFT Tweet Tiles Thursday, allowing users to link their NFTs to marketplaces like Magic Eden and Rarible. The update follows several other major crypto developments from the social media giant, including an NFT profile picture rollout and Bitcoin and Ethereum wallet integrations.

Disclosure: At the time of writing, the author of this piece owned ETH and several other digital assets.