Dogecoin (DOGE) Prints Bullish Pattern, Why It Could Surge to $0.11 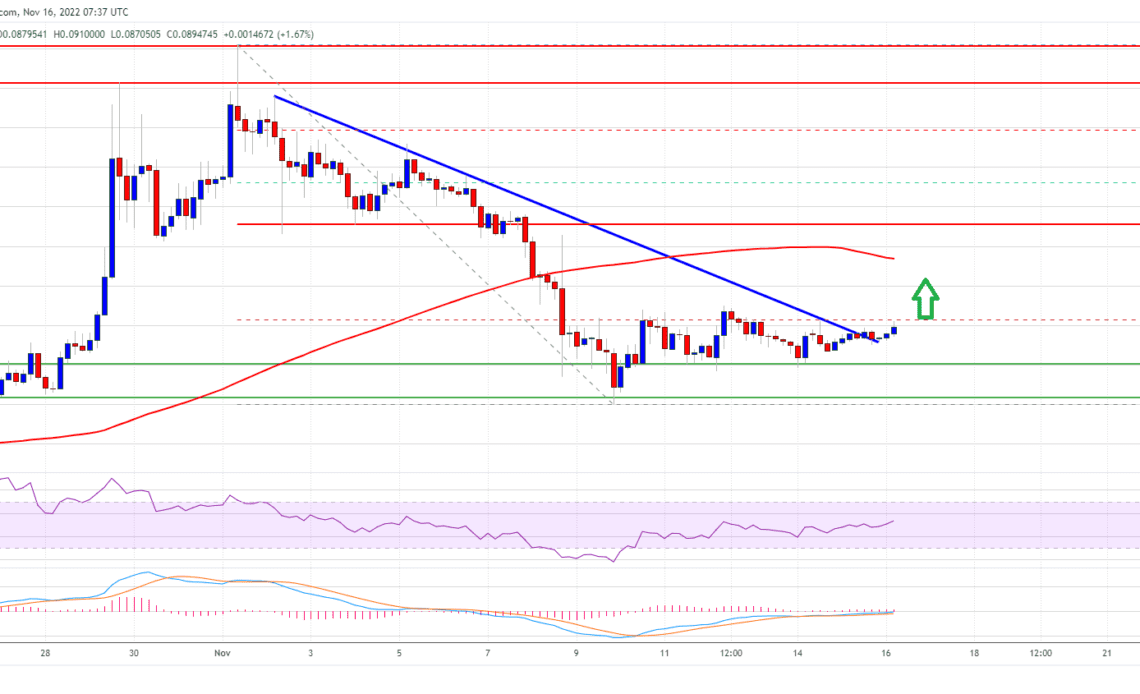 Dogecoin declined below the $0.14 support against the US Dollar. DOGE tested the $0.070 support and now aims a fresh move above the $0.10 resistance.

In the past few days, dogecoin saw a major decline from well above the $0.14 level. DOGE declined below the $0.12 and $0.10 support levels, similar bitcoin and ethereum.

The price even broke the $0.085 support and tested the $0.07 support zone. A low was formed near $0.0699 before the bulls took a stand. The price formed a base above the $0.07 level and recently started a recovery wave.

If DOGE price fails to gain pace above the $0.10 level, it could start another decline. An initial support on the downside is near the $0.0820 level.

4-Hours MACD – The MACD for DOGE/USD is now gaining momentum in the bullish zone.

4-Hours RSI (Relative Strength Index) – The RSI for DOGE/USD is now above the 50 level.