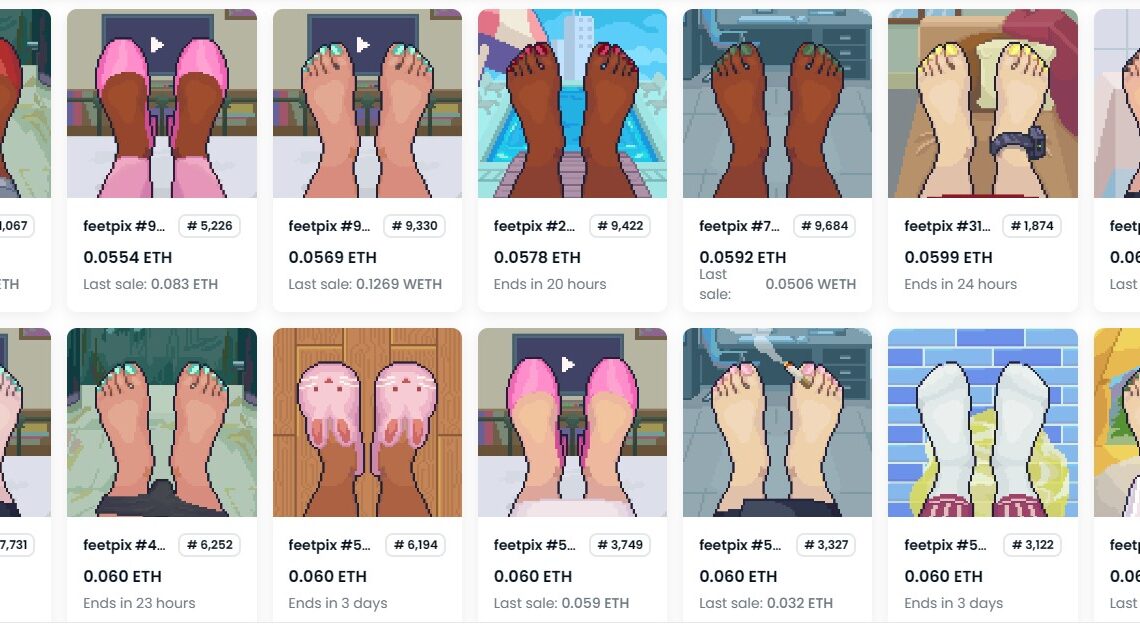 Feetpix.wtf’s collection soared ahead of the likes of Bored Ape Yacht Club (BAYC) on Jan. 11 with the fifth-highest trading volume recorded on NFT marketplace OpenSea.

Crypto Twitter is still split on what inspired the surge in foot fetish-NFT trading volumes, though Feetpix noted the absence of a roadmap, promise and marketing scheme suggested a “love for feet” is not just legitimate but also clearly monetizable through the use of digital art.

Several Twitter users highlighted the absurd, short-term success of the project, suggesting a return of “degen szn” (season) which entailed a mass trading volume of high-risk NFT collectibles at the peak of the bull market in 2021.

But even the creators themselves implied something could be mentally wrong with collectors, suggesting buyers “stop buying feetpix” and instead “use that money for therapy.”

Game of Thrones’ highly anticipated “Build Your Realm” NFT collection launch has received a hefty dose of criticism despite completely selling out in seven hours on the NFT marketplace Nifty’s.

The collection was described by the pseudonymous co-founder of Web3 gaming project Treeverse, Loopify, on Jan. 11 as the “worst thing I’ve ever seen.”

this is the worst thing I’ve ever seen pic.twitter.com/sMudsJgP2z

Loopify told their 200,000 Twitter followers in a separate post that some of the avatars possessed “salad fingers.”

This Game of Thrones NFT collection is just like the the last season of the show.

No creative vision and terrible