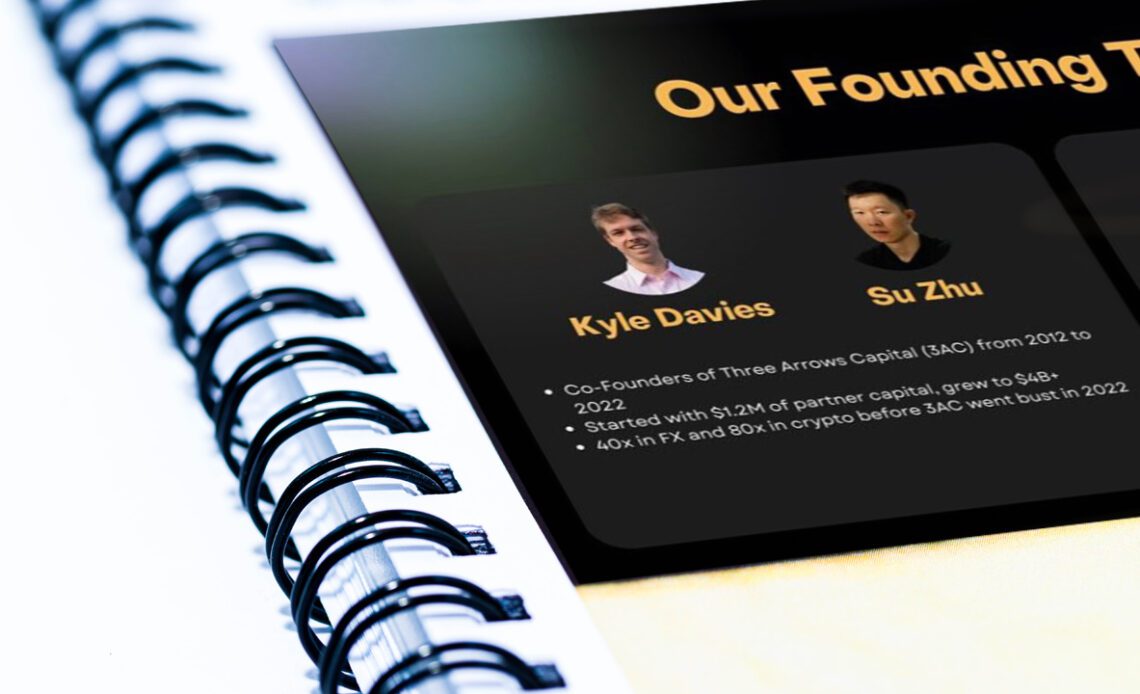 According to reports, the founders of the now-defunct crypto hedge fund Three Arrows Capital (3AC) are seeking to raise $25 million from investors to start a new crypto exchange called GTX. This solicitation for new capital comes after 3AC co-founders Su Zhu and Kyle Davies were subpoenaed over the social media platform Twitter.

There’s a flurry of reports and screenshots of an alleged pitch deck and website that claim the two 3AC co-founders, Su Zhu and Kyle Davies, are attempting to raise $25 million from investors. They allegedly want to start a new exchange called GTX. The crypto hedge fund Three Arrows Capital filed for Chapter 15 bankruptcy protection during the first week of July 2022.

What could go wrong?! pic.twitter.com/vm3NFBYdNZ

It is alleged that the company’s liquidators have had difficulty communicating with the two co-founders. Zhu and Davies were recently served subpoenas via Twitter. Additionally, reports indicate that 3AC is allegedly being investigated for potential legal violations by the U.S. Securities and Exchange Commission (SEC) and the Commodity Futures Trading Commission (CFTC).

In addition to Zhu and Davies, two Coinflex executives, Mark Lamb and Sudhu Arumugam, are also mentioned as being part of the new team. Coinflex, like Three Arrows Capital, also suffered from financial issues and filed for restructuring services in Seychelles last August.

Of course, the alleged pitch deck and website screenshots were shared on social media, and the 3AC founders were widely mocked. Both founders have been more active on social media recently, but they have not addressed the recent speculation about them starting a new crypto exchange called GTX.

As of the time of this writing, it has not been officially confirmed whether the 3AC duo is starting a new crypto exchange.

What do you think of the founders of Three…