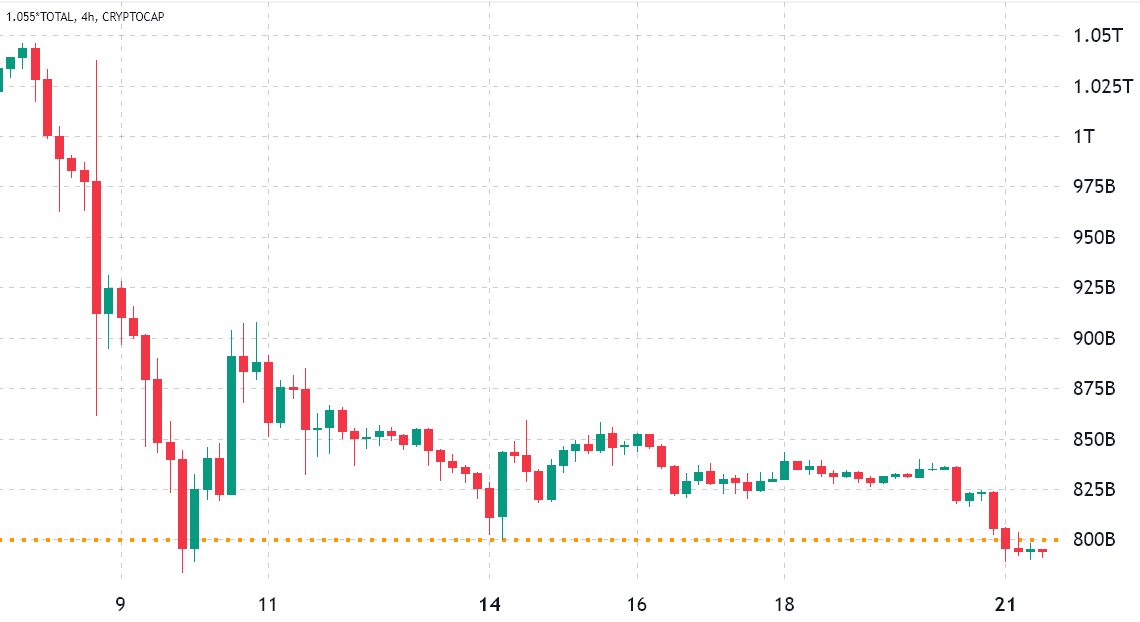 The total cryptocurrency market capitalization dropped by 5% between Nov. 14 and Nov. 21, reaching a notable $795 billion. However, the overall sentiment is far worse, considering that this valuation is the lowest seen since December 2020.

Bitcoin (BTC) price dipped a mere 2.8% on the week, but investors have little to celebrate because the current $16,100 level represents a 66% drop year-to-date. Even if the FTX and Alameda Research collapse has been priced in, investor uncertainty is now focused on the Grayscale funds, including the $10.5 billion Grayscale Bitcoin Trust (GBTC).

Genesis Trading, part of the Digital Currency Group (DCG) conglomerate, halted withdrawals on Nov. 16. In its latest quarterly report, the crypto derivatives and lending trading firm stated that it has $2.8 billion worth of active loans. The fund administrator, Grayscale, is a subsidiary of DCG, and Genesis acted as a liquidity provider.

The 5% weekly drop in total market capitalization was mostly impacted by Ether’s (ETH) 8.5% negative price move. Still, the bearish sentiment had a larger effect on altcoins, with 9 of the top 80 coins losing 12% or more in the period.

Litecoin (LTC) gained 5.6% after dormant addresses in the network for one year surpassed 60 million coins.

Near Protocol (NEAR) dropped 23% due to concerns about the 17 million tokens held by FTX and Alameda, which backed Near Foundation in March 2022.

Decentraland (MANA) lost 15% and Ethereum Classic (ETC) another 13.5% as both projects had considerable investments from Digital Currency Group, controller of the troubled Genesis Trading.

The 7-day funding rate was slightly negative for Bitcoin, so the data points to an excessive demand for shorts (sellers). Still, a 0.20% weekly cost to maintain bearish positions is not worrisome. Moreover, the remaining altcoins — apart from Solana (SOL) — presented…