Coinbase Will Pause ETH Deposits and Withdrawals During Ethereum Merge 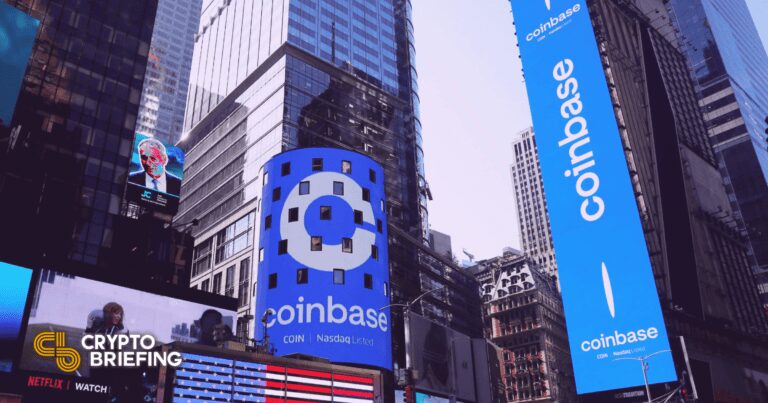 Coinbase has announced it will temporarily pause ETH and ERC-20 token deposits and withdrawals during the Merge upgrade. While customers will be able to use the platform’s trading services during Ethereum’s consensus mechanism switch, they will not be able to deposit or withdraw any ETH or ERC-20 tokens.

Coinbase is preparing for Ethereum’s “Merge” with an abundance of caution.

The leading crypto exchange announced in a blog post today that it would “briefly pause” ETH and ERC-20 token deposits and withdrawals during Ethereum’s migration to Proof-of-Stake, which is scheduled to happen around September 15. The exchange indicated the measure was precautionary.

Ethereum is set to switch away from its Proof-of-Work consensus mechanism in a highly-anticipated event colloquially known in the crypto community as “the Merge.” Among other benefits, the Merge is projected to greatly reduce Ethereum’s energy consumption and cut the ETH token emission rate by 90%.

Coinbase stated the downtime would allow the exchange to ensure the upgrade was seamlessly reflected in its systems. Coinbase users will be alerted to deposit and withdrawal resumption through the exchange’s status page and official Twitter account. Trading services are expected to remain unaffected.

The exchange indicated that assuming the Merge happened successfully, Coinbase Wallet users were unlikely to be impacted by the operation since the wallet is self-custodied. Coinbase Commerce customers, on the other hand, will temporarily be unable to process new payments.

Post-Merge, Coinbase customers will also find their staked ETH balance listed in their ETH wallet instead of under the ETH2 ticker. Staked ETH and unstaked ETH balances will still be segregated; the exchange stated that staked ETH will not be available for unstaking until early 2023.

Ethereum broke $2,000 last week shortly after it completed its final Merge test run and set a date for the main event. It’s since cooled, trading at $1,885 at press time.