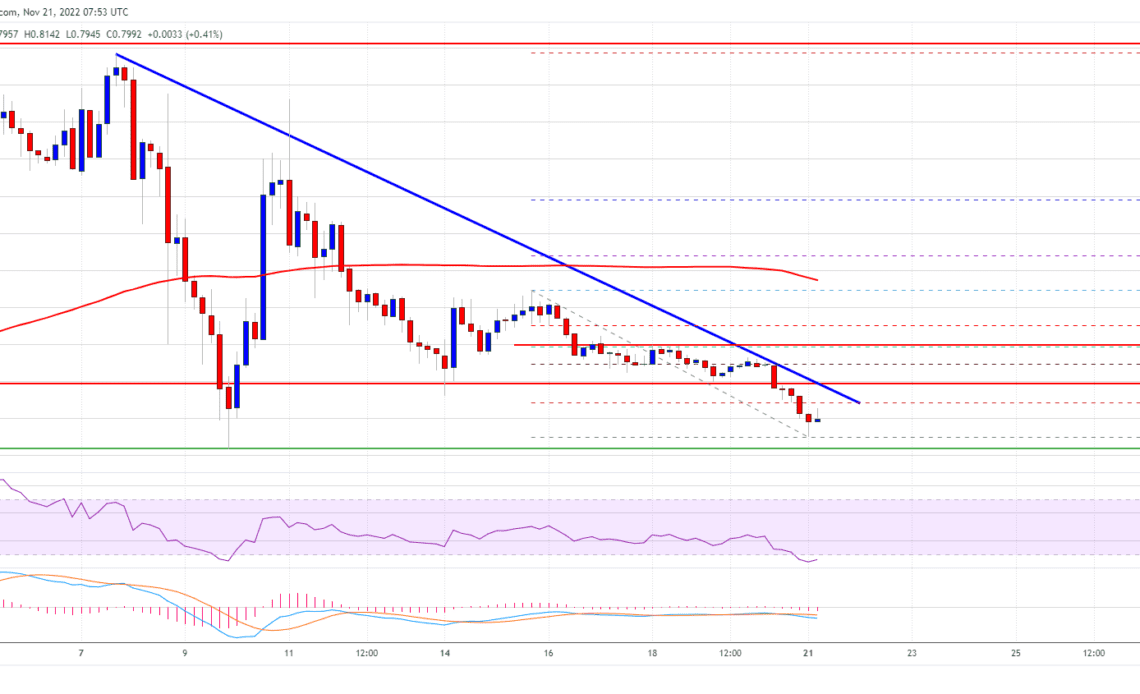 MATIC price started a major decline from the $1.00 resistance zone. Polygon bears are in control and might aim more losses towards $0.70 in the near term.

Earlier this month, polygon’s price made an attempt to gain pace above the $1.0 resistance zone. However, MATIC struggled to gain bullish momentum for a move above $1.0.

A high was formed near $0.972 before the price started a fresh decline. There was a steady decline, similar to bitcoin and ethereum. The bears were able to push the price below the $0.90 support zone and the 100 simple moving average (4-hours).

There is also a major bearish trend line forming with resistance at $0.821 on the 4-hours chart of the MATIC/USD pair. The trend line is near the 23.6% Fib retracement level of the recent decline from the $0.972 swing high to $0.7748 low.

The main resistance is now forming near the $1.00 level. If there is an upside break above the $0.90 and $1.00 resistance levels, the price could start another strong increase. In the stated case, the price could rise steadily towards the $1.20 level.

If MATIC price rise above the $0.82 and $0.87 resistance levels, it could continue to move down. An immediate support on the downside is near the $0.780 level.

4-hours MACD – The MACD for MATIC/USD is slowly losing momentum in the bearish zone.

4-hours RSI (Relative Strength Index) – The RSI for MATIC/USD is now below the 50 level.