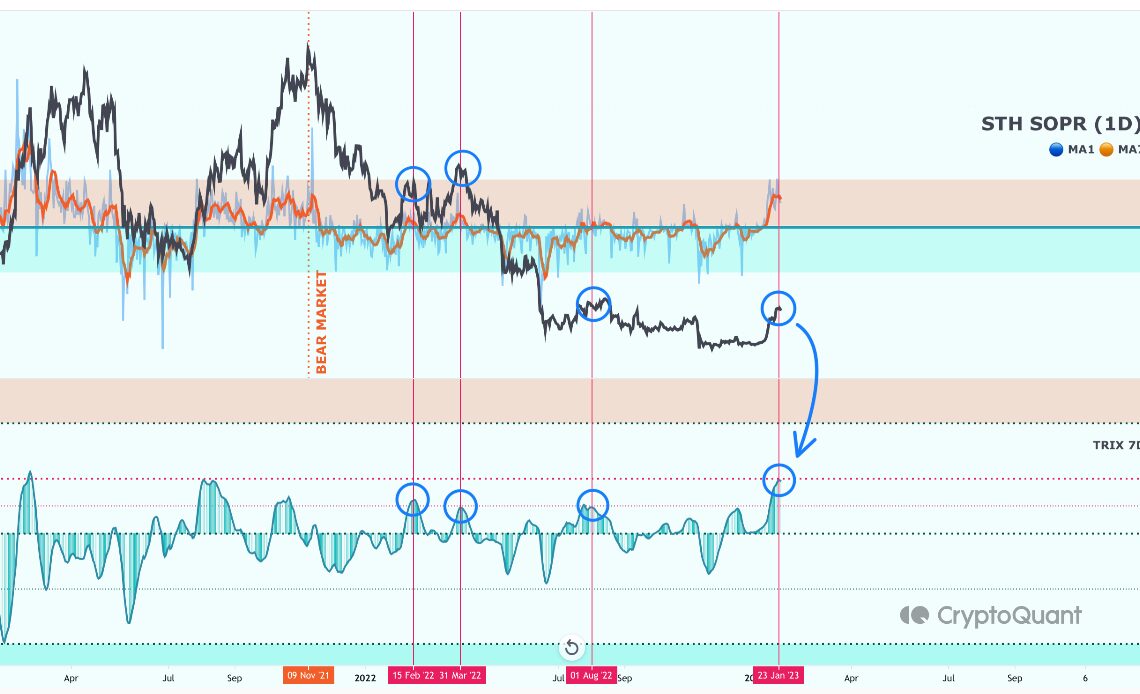 On-chain data shows Bitcoin short-term holder profit-taking has spiked, will this lead to a correction in the price of the crypto?

As pointed out by an analyst in a CryptoQuant post, instances of the current trend have led to declines in the crypto’s price in the past. The relevant indicator here is the “Spent Output Profit Ratio” (SOPR), which tells us whether the average Bitcoin investor is selling their coins at a profit or at a loss right now.

When the value of this metric is greater than 1, it means the holders as a whole are realizing some profits on their selling currently. On the other hand, values below the threshold suggest the overall market is leaning towards loss realization at the moment. Naturally, the indicator being exactly equal to 1 implies the average holder is just breaking even on their distribution right now.

One of the two main segments of the BTC market is made up of the “short-term holders” (STHs), which is a cohort that includes all investors who acquired their coins within the last 155 days. The holders who have been sitting on their coins for more than this threshold amount are called “long-term holders” (LTHs).

Now, here is a chart that shows the trend in the Bitcoin SOPR specifically for the STHs: 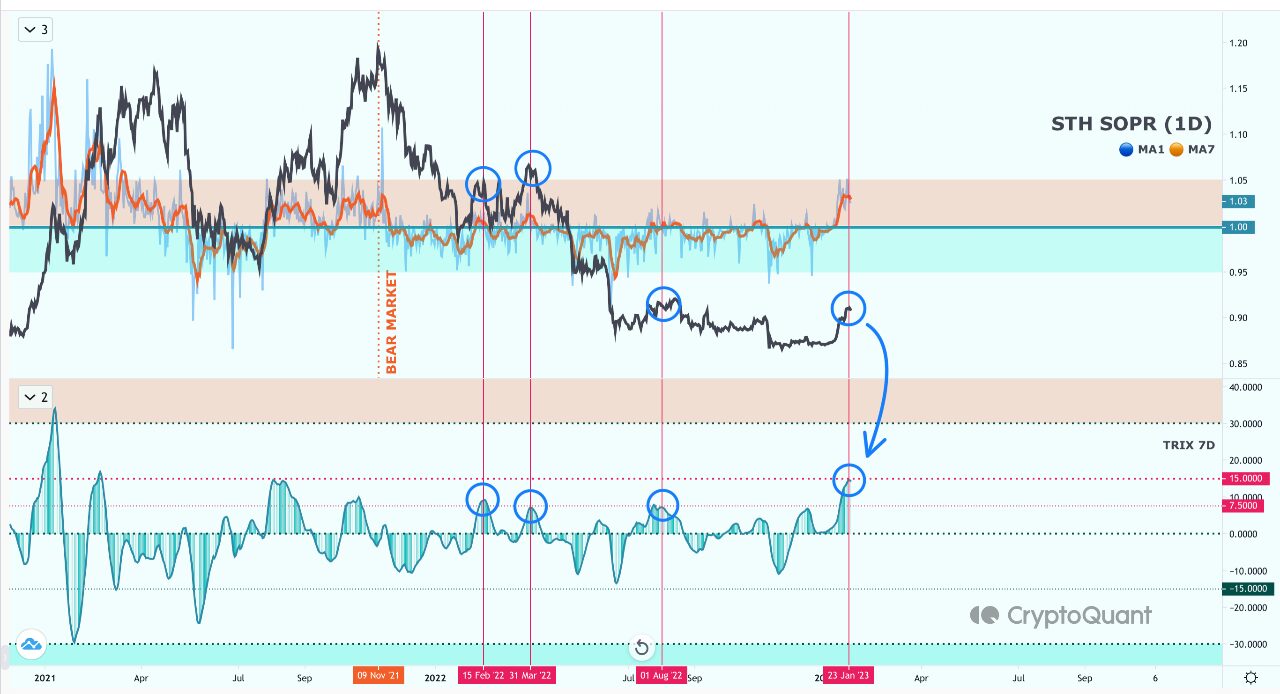 As displayed in the above graph, the Bitcoin STH SOPR (as well as its 7-day moving average) has surged and broken above 1 recently. This means that as the BTC rally has taken place, the STHs have come into profits and they are now selling to harvest these gains.

The chart also includes data for the 7-day triple exponential average (TRIX) of the STH SOPR. The TRIX is a momentum oscillator that shows the percentage change in a metric’s moving average after smoothening it exponentially three times (hence the name).

From the chart, it’s visible that during this bear market, whenever the STH SOPR 7-day TRIX has hit a positive top, the price of Bitcoin has noticed a local top formation as well and has subsequently gone down.

It looks like most recently, the 7-day TRIX of the STH SOPR has shot up again, and the metric seems to be curving inside now, potentially moving toward a top formation.

This pattern looks similar to the instances seen earlier in the bear market, which could suggest this Bitcoin rally may be heading toward the same fate as those previous ones. Though that would be…