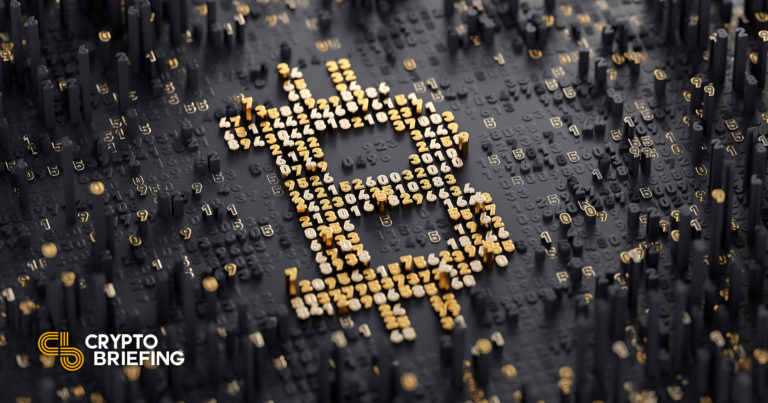 Bitcoin mining company Argo Blockchain suggested in a statement to Bloomberg today that it could soon shut down, as it runs the risk of becoming “cash flow negative” in the near term. Argo attempted to raise funds through a $27 million share sale, which reportedly fell through, and has resorted to selling 4,000 mining rigs for $5.6 million to buy itself time. The announcement sent Argo’s stock, ARBK, down 52.28% on the daily; it is currently trading for $0.94—a 95.48% drop from its all time high of $20.95 recorded in November 2021.

Argo Blockchain isn’t the only miner facing difficulties. Last week, Core Scientific shared a similar statement, saying it was running into liquidity issues and that it could face bankruptcy. Among other things, the company said it would have to halt all of its debt financing payments. Core Scientific was the third-largest publicly traded Bitcoin mining company in July. Back then, its market capitalization stood at approximately $525 million; as of today, however, that figure has shrunk to $70 million.

It has been a rough year for Bitcoin miners. BTC is down 70% in 2022, meaning that mining operations have had to contend with a severe slashing of their principal source of revenue. The drastic loss of income has been compounded by increased expenses due to soaring energy costs. Mining rigs, especially ASICS, have also seen a drop in price value (by 70% or 80%, according to Reflexivity Research), further impeding Bitcoin miners from raising capital against their assets. Additionally, the Bitcoin hashrate—which measures the amount of computational power needed for miners to produce blocks—keeps hitting new highs, meaning that mining has never been so competitive as it is today.

How Bitcoin Could Be Impacted

Large mining operations struggling to stay afloat is not a good sign for the market. A good case scenario would be for Argo…