Bitcoin Price Slips Below $19,000, Vital Trading Levels To Look Out For 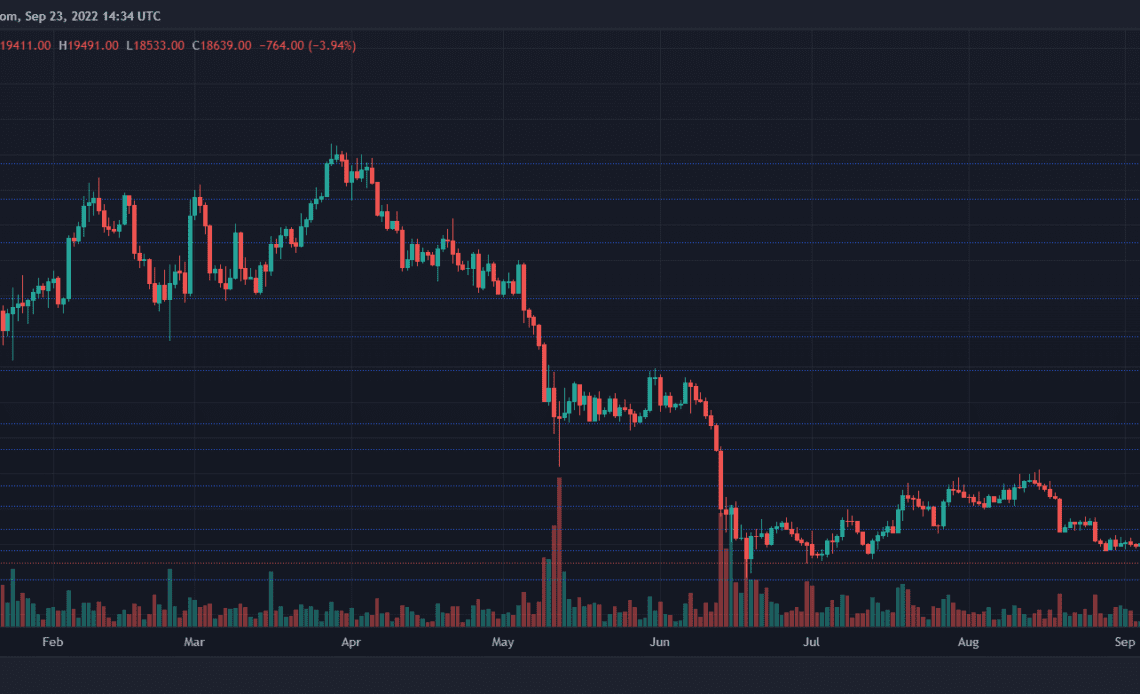 The Bitcoin price is now trading below the $19,000 level after the bulls failed to defend the coin at the aforementioned level.

Over the last 24 hours, BTC fell by 1.2%, indicating that the coin was laterally trading. In the past week, the Bitcoin price has depreciated 6%.

Buying strength continued to remain low on the one-day chart. Sellers have taken over, and it has been the same for almost a week.

If the price of Bitcoin continues in this direction, the coin may fall to its immediate support zone.

If the bulls have to defend BTC at the current price level, then buyers have to come through. The current support zone for the coin is $18,500-$18,000.

BTC was trading at $18,600 at the time of writing. The immediate resistance for the coin was at $19,000, and the bulls have failed to defend the coin at that price level for weeks now.

If Bitcoin price manages to surpass the $20,000 level, the bulls might be able to take charge. The nearest support line for the coin was $18,000.

A fall beneath that means BTC touching $16,000 and then $14,000. The amount of Bitcoin traded in the last session decreased, and that meant a fall in buying strength.

On the one-day chart, BTC showed that there was demand at lower levels. The technical indicators also suggested that sellers outnumbered buyers.

The Relative Strength Index was below the half-line, which indicated increased selling strength.

The Bitcoin price was below the 20-SMA line, and that meant sellers were driving the price momentum in the market as there was decreased demand for Bitcoin on the one-day chart.

BTC depicted increased selling pressure, which has been dragging the coin to its closest support line. The technical outlook points towards further selling pressure for the coin.

The Moving Average Convergence Divergence indicates the price momentum and the overall price action of the coin.

The MACD underwent a bearish crossover and formed…