Bitcoin miners’ worst days may have passed, but a few key hurdles remain 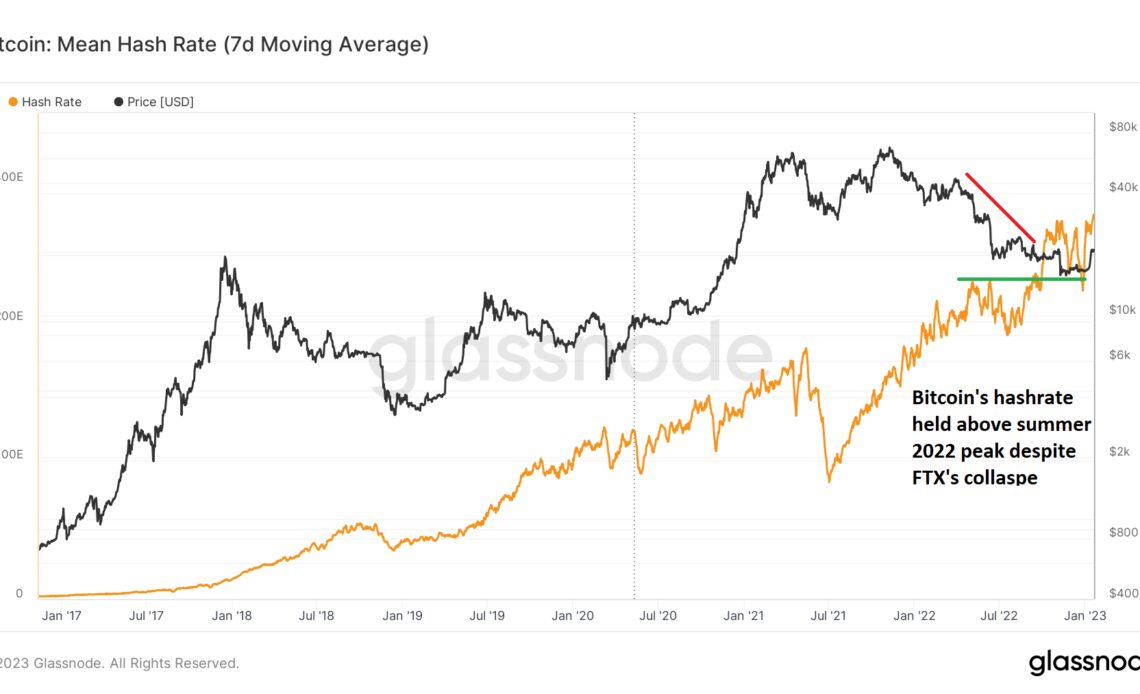 Bitcoin’s mining industry has been relatively stable compared to the bearish price action and the tumultuous fallout of exchanges and lending companies.

The network’s hashrate dipped slightly toward the end of 2022, primarily due to an unprecedented blizzard in the U.S., and has since recovered strongly to surpass its previous peak above 270 EH/s. It was particularly encouraging to see that the hashrate holding well above summer 2022 lows, despite the aftermath of FTX collapse.

However, despite the recent robustness in a variety of metrics, the mining industry faces many challenges, which will likely restrict its growth moving forward. The hurdles include low profitability, a threat from new-age efficient machines and the upcoming Bitcoin halving which will slash block rewards by half.

While the hashrate of Bitcoin’s network has improved, miners are still under a lot of stress due to low profitability. The earnings of Bitcoin miners have shrunk to one-third their value from the peak. Before the May 2022 price collapse, miners made more than $0.22 daily per TH/s, a figure which has now dropped to $0.07.

The percentage share of small-sized miners with breakeven prices above $25,000 has dropped from 80% in 2019 to 2% by 2022, which is a positive sign of an end to miner capitulation.

The sustainability of mid-sized miners with breakeven prices between $20,000 and $25,000 depends on the capital efficiency of participants. The struggle for them is to survive until the bullish trend commences, hoping to benefit from the next bullish cycle.

The significant drop in prices of mid-sized machines suggests that their demand has slowed down. According to CoinShares, reducing machine prices will allow capital-rich entities to “reduce their capital expense cost per TH/s and increase output without incurring additional ongoing cash-costs” by buying hardware at a cheap rate. However, this will come at the expense of existing miners, which will likely restrict the industry’s growth as a whole.

Moreover, the firms with weak financials will also not be able to take advantage of the slowdown by raising debt, especially as central banks globally are hiking borrowing interest rates.

Independent research firm, The Bitcoin Mining Block Post, arrived at a similar conclusion about the industry’s growth in 2023. Their…